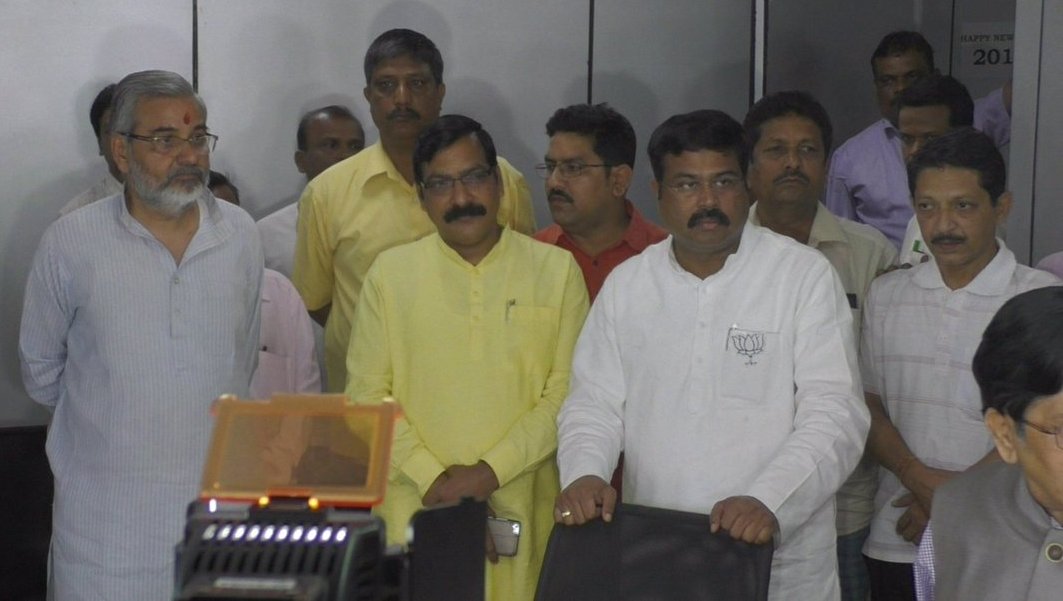 The saffron party members alleged that ADG (Law and Order) Binayananda Jha is extending undue favour to the BJD leaders at the behest of ‘Third Floor’. Besides, the BJP leaders are being subjected to harassment.

“Poll violence was one of the issues. A new thing has come to our notice in two-three days. Some the top bureaucrats, including a top police officer, are pressurizing staff at district, block and sub-divisional levels. We have submitted a written complaint to SEC in this regard along with proof. They are working as being hired by the government. The officials are being intimidated over phone. If they are acting on behalf of the party then we don’t have anything to say. But, if they are government officials, then we expect neutrality from them. Model code of conduct is applicable to government officials too. One should not think that they can take law into their hands to appease a politician. Law will be strict towards them,” Dharmendra Pradhan said.

The BJP delegation demanded keeping Jha away from poll responsibilities.

BJP spokesperson Sajjan Sharma said: “We complained that Binayananda Jha is working on the direction of Third Floor. He is providing security to the anti-socials who are indulged in violence against BJP workers. This was our specific complaint.”

The ruling Biju Janata Dal (BJD), however, rubbished the allegations.

“The BJP party is overcharged with the little success they have achieved in the panchayat polls. Odisha’s culture doesn’t accept anybody’s ego. Panchayat election doesn’t decide the results of Assembly elections. They are only at the second place now. The Assembly elections are two years later. They administrative staff are being threatened that inquiry commissions would be constituted against them. This is a strange thing,” BJD spokesperson Sashi Bhusan Behera said.

Cattle trafficking: At least 20 cows rescued from a train in Odisha