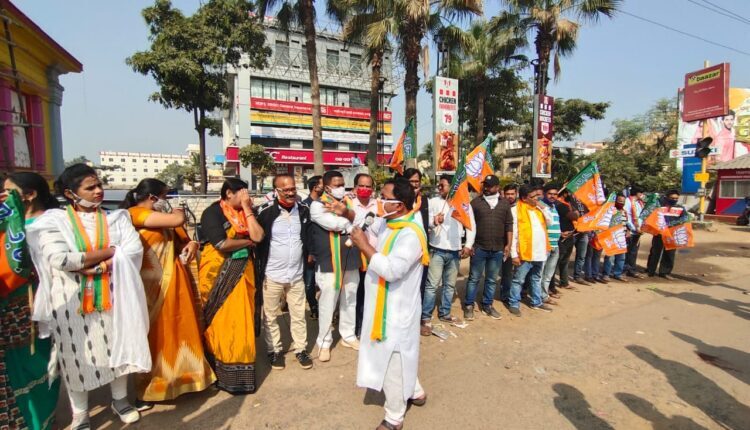 Cuttack: The BJP today staged protest in all blocks of Odisha’s Cuttack district over the alleged murder of party leader Kulamani Baral and his associate Dibya Singh Baral.

Seeking justice and immediate arrest of the accused, leaders and workers of the saffron party resorted to demonstration and sloganeering. They also demanded the resignation of minister Pratap Jena alleging that the attack on the deceased duo was carried out on the behest of the Mahanga MLA.

Kulamani Baral brought to fore the irregularities in the implementation of Pradhan Mantri Awas Yojana in the area, for which he was murdered by those involved in the corruption, the party leaders alleged.

Kulamani and Dibya Singh were critically injured after allegedly being attacked by some miscreants with sharp weapons near Jankoti in Cuttack district on January 2 evening when the duo was returning home on a motorcycle.

Ramakant Baral, son of Kulamani, has filed an FIR with the Mahanga police accusing minister Jena and 13 others in the killing. The complainant alleged that his father had told him that the Law Minister threatened to kill both of them. “The Minister is completely responsible for the murder of my father. The miscreants killed him on the local MLA’s direction as he raised his voice against various corruptions, including housing scam ,” he said.