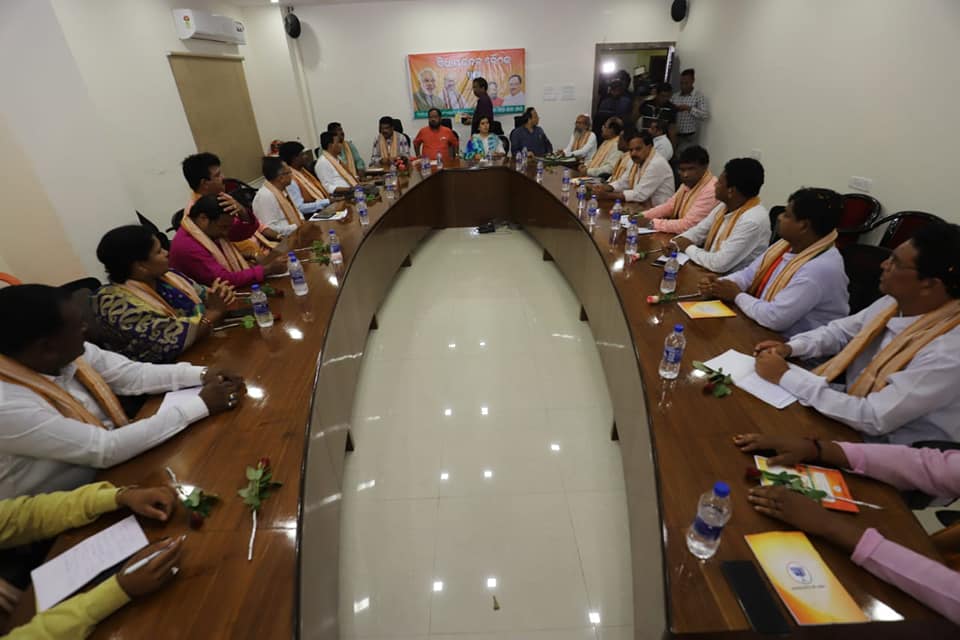 Bhubaneswar: The political fate of leaders in the race of BJP legislature party leader in Odisha could not be decided as the meeting ended inconclusive here today.

The meeting began in presence of party’s central observer Saroj Pandey to choose BJP legislature party leader at party’s state headquarters in Bhubaneswar this evening. However, the leaders failed to elect their leader at the meeting.

BJP’s national president Amit Shah will take a final call in this regard, sources in the BJP said after meeting.

With inconclusiveness of the meeting, no one was chosen from the BJP to stake claim to be the Leader of Opposition (LoP) in the 16th Odisha Legislative Assembly.

Sambalpur MLA Jayanarayan Mishra and Bhawanipatna legislator Pradipta Naik were in the race for the post. The two were ministers in CM Naveen Patnaik’s cabinet during the BJD-BJP coalition government from 2000-2009.

Worth mentioning, BJP is now the number 2 political party in the House after winning 23 Assembly seats in the recent election. As the party has the numerical strength to claim the LoP post, the Assembly Speaker will take final decision to recognise the main opposition in the House.