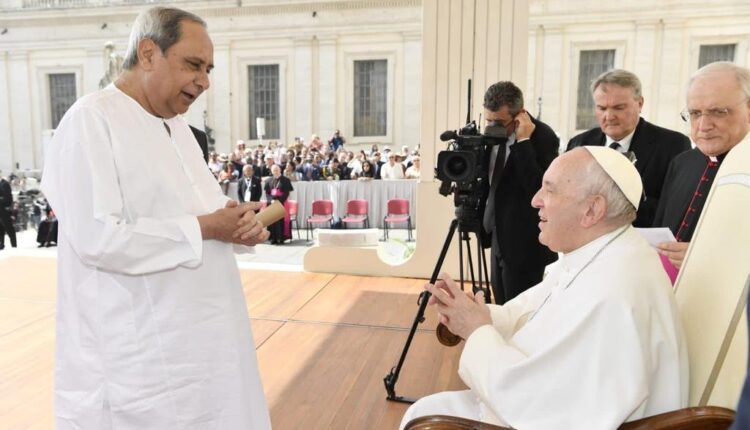 Speaking to mediapersons in Bhubaneswar, Mishra wanted to know about the source of the money spent by Patnaik during his recent trip to Italy.

“If he visited Italy on public money, what was the purpose of his visit and what did he achieve in return? What was the necessity to meet the Pope standing in a row?” asked the MLA, adding, “We have never seen him meeting Shankaracharya.”

“Being a resident of Odisha and an opposition party MLA, we have the right to know why Naveen met Pope. What is his relation with the Pope?…..He is not a national leader,” he said.

“If Naveen Babu makes any attempt to make Odisha a Christian state, we will strongly protest such a move,” warned the BJP leader.

He also informed that the BJP will raise this issue during the upcoming monsoon session of the Assembly.

Reacting to Mishra’s queries, BJD legislator and former Minister Shashi Bhusan Behera said a substantial Christian population is residing in the world and more importance is being given to the Pope than the chief of a Christian state.

“What is wrong in meeting the Pope and getting support of the Christian population? If a positive mindset will be created in the world towards Odisha, it is the right decision by the Chief Minister,” Behera added.

Patnaik is leading a high-level delegation of the Odisha government to Rome and Dubai.

He met Pope Francis in Vatican City on June 22 and is scheduled to return to Odisha on June 30.