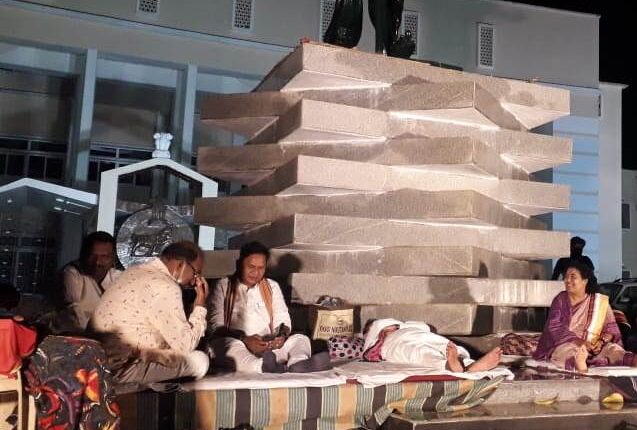 “We staged dharna near the Mahatma Gandhi statue throughout the night. The agitation will continue outside the House,” said Naik in a tweet.

The three MLAs had yesterday hurled slippers, earphones, and papers at Speaker Surjya Narayan Patro’s podium as a mark of protest alleging that Odisha Lokayukta (Amendment) Bill was passed in the House without debate on the same.

Later, the Speaker suspended them after examining the video footage of the incident.