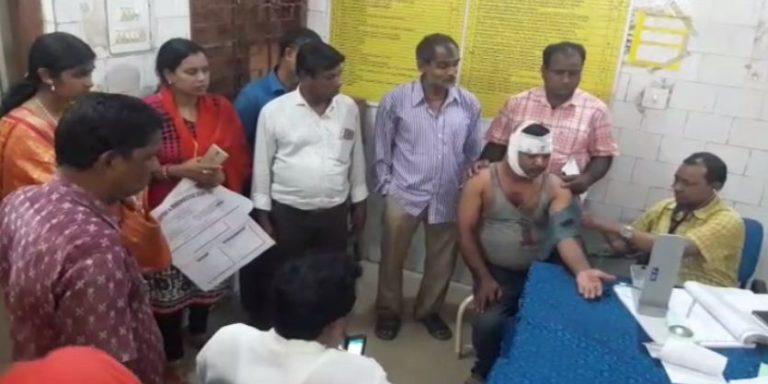 The saffron leaders demanded strong action against the BJD workers for attacking their party workers during the Hildol NAC poll campaign.

They alleged police of not taking action against the ruling party workers even after lodging the complaint.

Two BJP workers identified as Prashnat Panda, who is in-charge in ward number 7, and former sarpanch Manjulata were injured in the attack. They were admitted to hospital for treatment in Dhenkanal.

Reacting to the attack, BJP leader and former Lok Sabha MP Rudra Narayan Pani along with his party workers staged dharna in front of police station.