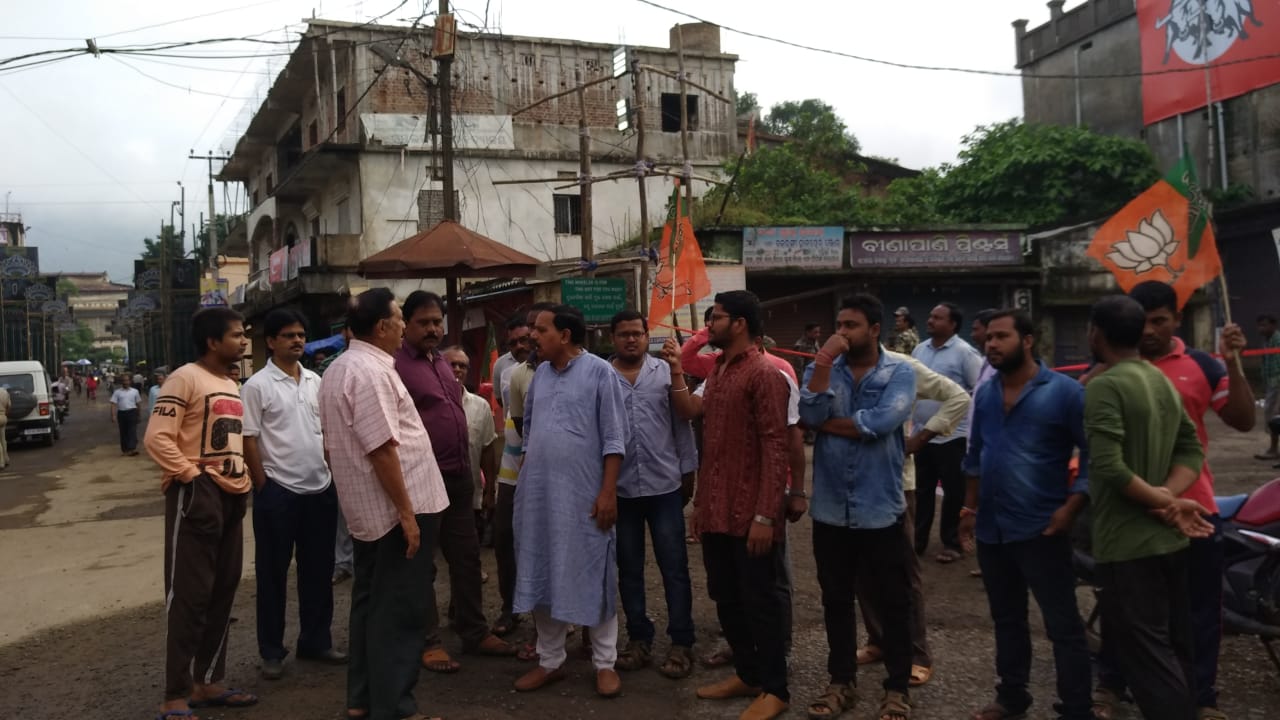 The dawn-to-dusk highway shutdown was called to protest poor quality NH repairing work that caused loss of life and properties to the commuters.

A team of district BJP members led by MLA Subash Chandara Panigrahi staged protest at a traffic square for complete NH blockade from 6.00 am till 6.00 pm on Friday.

The NH connecting Sambalpur-Deogarh and from Deogarh to Palalhara has been completely damaged. The commuters travelling on these routes meet with accidents due to poor condition of road. Besides, ongoing low-quality road work is also creating inconvenience to the residents, said a protestor.

The BJP demanded the district administration to take steps for complete and quality National Highway repairing work at the earliest.

However, the normal life remained unaffected due to the bandh as all the government offices, commercial establishments and private firms are opened today.