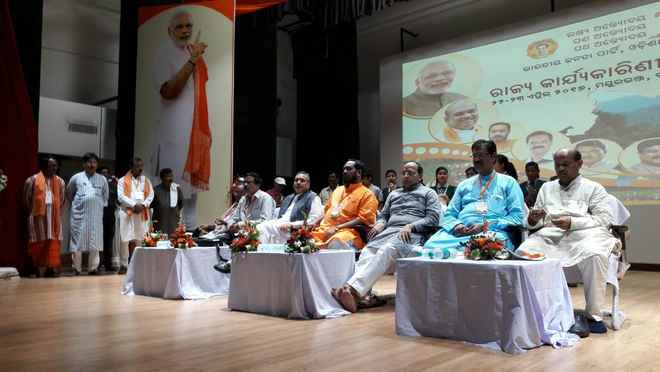 While the Bharatiya Janata Party (BJP) has been claiming that Biju Janata Dal (BJD) is a divided house, it seems that all is not well in the saffron party’s Odisha unit as senior party leaders Bijoy Mohapatra and Dilip Ray skipped the party’s state executive meeting that began today in Baripada.

While the heavyweight leaders including party’s state in-charge Arun Singh attended the two-day meeting presided by party’s state president Basant Panda, the absence of Mohapatra and Ray at the meeting has raised many eyebrows.

The party is expected to prepare a blueprint for strengthening the organisation at grassroots in Odisha.

Worth mentioning, municipal elections will be held in the state next year and the Assembly and parliamentary elections are due in 2019.

The saffron party is gearing up to the polls and upbeat over the unprecedented success in the three-tier panchayat polls in the state which got over recently.

BJP executive meet focuses on strengthening base in Odisha