The video, which recently did the rounds, has won many hearts given Prafulla's talent and his unique way of reaching out to the administration. 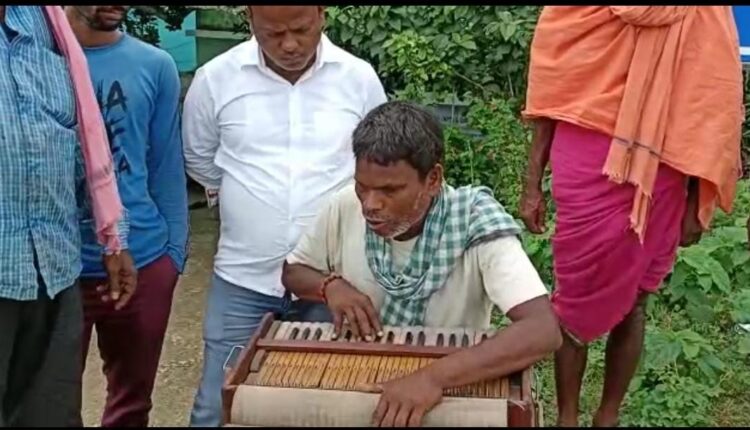 Jajpur: A blind man’s appeal to the Collector for a house and homestead land has grabbed the attention of the local administration after a video of him making demands through self-composed songs went viral on social media in Odisha’s Jajpur district.

For visually challenged Prafulla Kumar Das, who belongs to Ragadi village under Korei block of the district, using his musical streak to reach out to the Collector was a last resort after other ways failed to get his demands met. Sources said Prafulla was gifted and had the knack of stringing words into poetry. He reportedly used to turn the most mundane of conversations into songs and play those with his harmonium.

But after losing his eyesight, he was faced with the odds of leading a normal life and started  earning his livelihood by playing a harmonium and singing songs composed by him. As the money he earned through this only means was paltry and insufficient, he has been running from pillar to post demanding government support for a house but to no avail.

Left with no option, he decided to turn to his only means of expression- music, as a means to  voice his demands. He recently composed a song for the Collector in which he is heard appealing for a piece of land and house to sustain himself. The video, which recently did the rounds, has won many hearts given Prafulla’s talent and his unique way of reaching out to the administration.