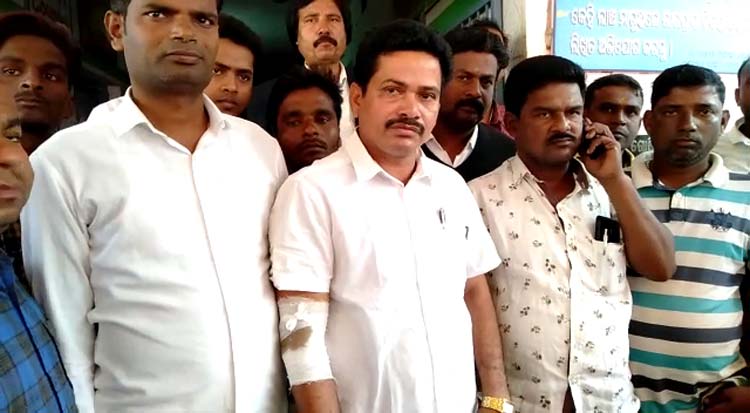 Jajpur: BJD youth president of Dharmasala block Prasanna Rout was injured after a youth allegedly hurled a bomb at his car he was travelling in near Nakapul in Jajpur district today.

Rout, who sustained injuries in his right hand in the attack, was later admitted to Dharmasala Community Health Centre (CHC).

As per the complaint lodged by the BJD leader, when he was going to Jarka in his car at around 10 AM today, a youth standing on the roadside hurled a bomb at his vehicle and fled the spot.

It is suspected that previous enmity might have led to the attack. Earlier in August, 2011, a bomb was hurled at him when he was travelling on a bike.