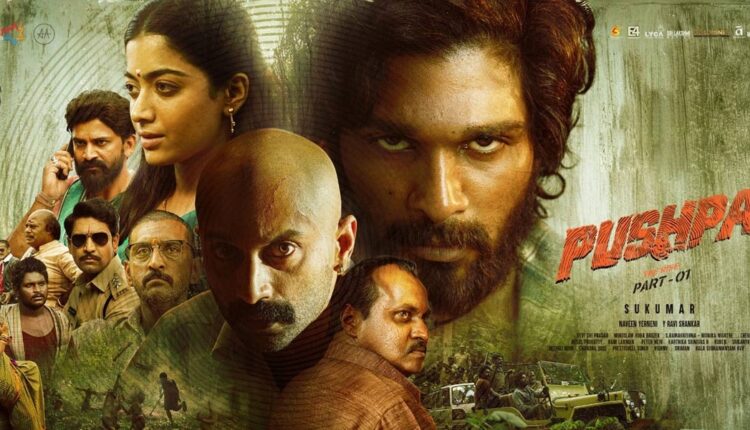 Bhubaneswar: Blockbuster hit Pushpa-The Rise, which has emerged as the highest-grossing Indian film of the year 2021 collecting over Rs 300 crore globally, has an Odisha connection.

The role of police Inspector Govindappa in the multi-lingual movie was played by M Ramakrishna aka Shatru, a native of Odisha’s Bargarh district.

It is indeed a proud moment for people of the western Odisha district and the rest parts of the state, as praises pouring in for Shatru for his spectacular performance in the movie that stars Telugu superstar Allu Arjun and Rashmika Mandana.

Born into a farming family of late M Satyanarayan and late Sarojini Devi at Sarla village under Sadar block in the district, Shatru did his schooling from Godbhaga  Kosala School. He also used to assist his father in farming. Later, he pursued bachelor’s degree in Microbiology at Ravenshaw University.

With a dream to be an actor, Shatru moved to Hyderabad 10 years ago. Staring with small roles in several Telugu, Tamil and Kannada movies, he carved a niche for himself in the industry.

The actor got his breakthrough for his portrayal of Ramaraju in Krishna Gaadi Veera Prema Gaadha (2016). He shot to fame after he played the role of Pindaari leader in Bahubali-2.