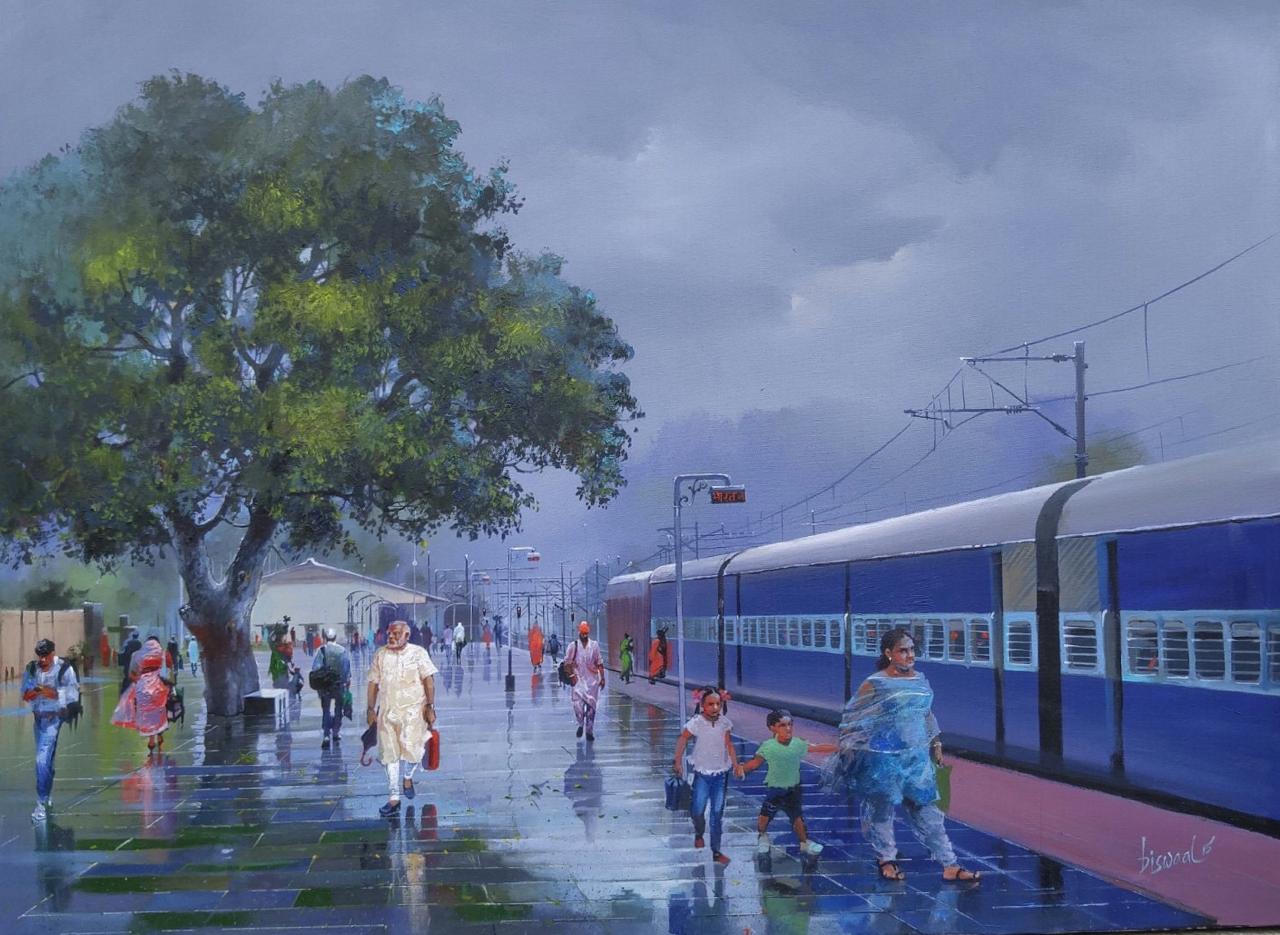 Bhubaneswar: A painting of Prime Minister Narendra Modi at a railway station by Odisha-born Bijay Biswaal was sold for a whopping Rs 5 lakh during a two-day physical auction of memorable gifts presented to the PM nationally and internationally at the National Gallery of Modern Art, New Delhi.

The painting, which shows Modi walking at a railway platform holding a bag and an umbrella like an aam aadmi, had a reserve price of Rs 50, 000. Surprisingly, it received the highest bids at the auction.

Hearing the news, Biswaal felt “on the top of the world.”

“I became happiest when I got the news that this painting got the highest bidding of Rs 5 lakh. I am feeling on the top of the world,” said the self-taught artist.

“It’s a great news for me as an artist who left a secure government job to pursue art as a profession.”

Biswaal, who was posted in Nagpur as the chief ticket inspector for the Indian Railways for more than two decades, took voluntary retirement in March 2017 to pursue his passion full time after gaining mass critique and appreciation for his work.

The last day of the physical auction was on Monday, during which 270 of the 1,900 items were sold, while e-auction of the remaining gifts will begin on the portal www.pmmementos.gov.in Tuesday and will continue till January 31, Union Culture Minister Mahesh Sharma said.

After the e-auction ends, the total amount raised will be used for ‘Namami Gange’, a Central government project to clean the Ganga river.

“People have shown tremendous enthusiasm for the auction,” Sharma added.

Notably, Biswaal hails from Pallahara in Angul district in Odisha but now settled in Nagpur, which gave him fame and discovered an artist in him. His “wet platform paintings” are hugely popular and acclaimed nationally and internationally.

Known for beautifully capturing trains, platforms and myriad moods of people, Biswaal’s breathtaking art has touched many hearts including none other than Prime Minister Narendra Modi, who had praised Biswaal in his popular radio programme ‘Man Ki Baat’ on July 26, 2015 after he sketched Modi as a ‘man among common man’ at a railway station in one of his paintings.

His paintings have been showcased at various art galleries and exhibitions worldwide.