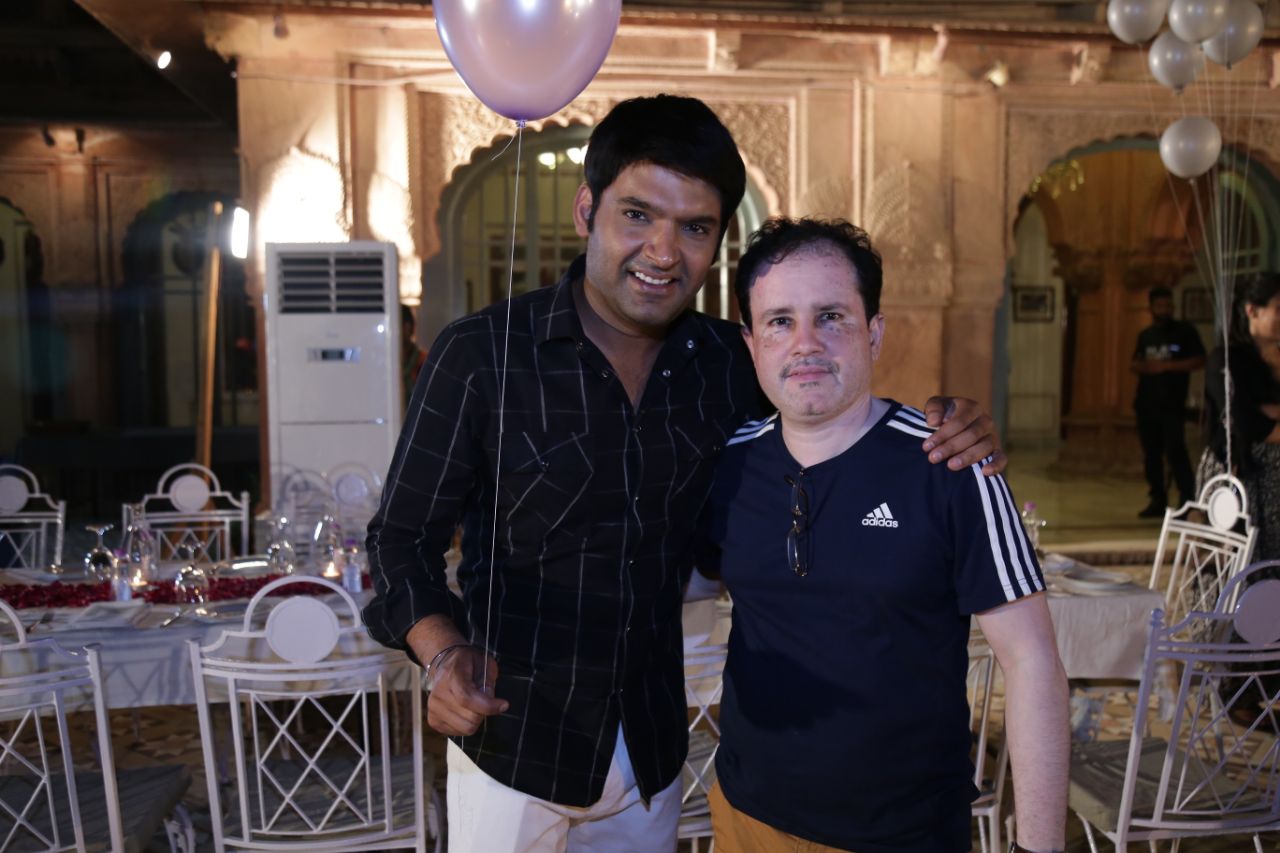 Bhubaneswar: Veteran Bollywood sound designer Subash Sahoo, who hails from Odisha, feels ace stand up comedian Kapil Sharma is equally talented when it comes to acting and claimed he found the funny man possesses traits of both Shah Rukh Khan and Aamir Khan to some extent while enacting his role on the big screen.

The two-time National Award winning technician has got a chance to know the popular comedian both personally and professionally during the shooting and post production of Kapil’s ‘Firangi’.

When asked what made him to see the two reigning Khans in Kapil, Sahoo said he was impressed with the comedian-turned-actor’s understanding about cinema and the way he approached to his role reminds him of Aamir and the charm and spontaneity he brings in is quite relatable the way Shah Rukh Khan plays his part in most of his movies.

Sahoo said he had never imagined Kapil’s brilliant acting skills which he witnessed during his five-month collaboration with one of TV’s most popular faces.

“Till now people saw him as a comedy king for his timing but with this film, his fans will definitely get to see him as a complete actor as he has shown immense maturity while playing his part,” the award-winning techie observed.

He also shares his view on the controversies for which the popular comedian was in the news by saying he has never seen Kapil behaving the way it was written and discussed in the media.

“He treated everyone starting from spot boy to his co-actors equally during and after the shooting. He respects other artists and technicians genuinely,” Sahoo added.

On being questioned whether did he get creative freedom while working for the film, the Odisha-born sound designer said Kapil allowed him full creative liberty to implement his ideas.

Designing sound for the movie was quite a challenge considering the storyline which portrays the British colonial rule in India, he added.

Sahoo also worked with Vidya Balan-starrer comedy-drama ‘Tumhari Sulu’ which is releasing on the same day ‘Firangi’ hits the screen.

Sharing his working experience with the ‘Dirty Picture’ actress, Sahoo said she (Vidya) will once again prove that why she doesn’t need a hero in her film to have a blast at box office.

“Vidya’s role in ‘Tumhari Sulu’ is likeable and relatable and the way she portrayed it will definitely win her many hearts once again,” he predicted.

When asked which film has a better chance to click at box office, the veteran film technician said it’s really difficult to guess as both the films have their own uniqueness and charms which I think will appeal to the audience.

Sahoo, considered an expert in sync sound in Bollywood, hails from Kendrapada district in Odisha. He is an alumnus of Pune-based Film and Television Institute of India (FTII).

Starting out in 1994, after graduating from FTII, Sahoo arrived in Mumbai with Rs 185 in his pocket. His first role was in the Marathi film Doghi, a 45-day job that earned him Rs 2,800.

His work in Vishal Bharadwaj’s ‘Omkara’ won him first National award in 2008 and then he became most sought after sound designer in Bollywood.

Till today, he has worked on above 100 films including in Hindi, Punjabi, Marathi and Odia, with many top directors in the country.