Speaking exclusively to Sambad English, Debamitra talks about her debut movie 'Motichoor Chaknachoor', obstacles she faced during her long and tough journey and plans for Odisha. 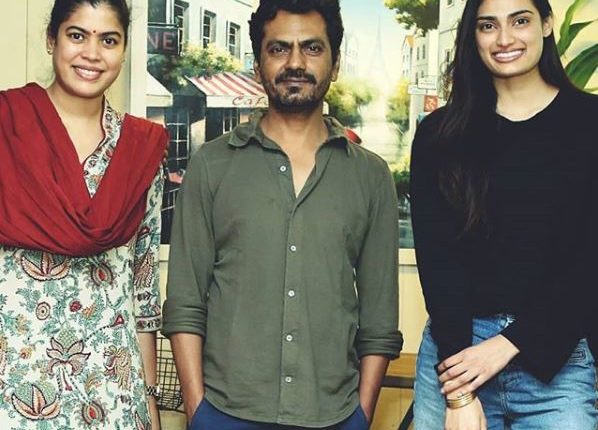 Challenges will be there, every time & everywhere. But overcoming the obstacles with ceaseless hard work and a steadfast belief in yourself is what all you need to turn your vision into reality. This is what Odisha’a very own Debamitra Biswal, who debuted in Bollywood as a director with her upcoming movie Motichoor Chaknachoor, believes to be the ‘mantra’ for success.

From a commoner in Bhubaneswar to becoming a director in Bollywood, the journey has not been an easy one for the 38-year-old woman as she struggled for about 15 years to achieve her dream. With no godfather, she went on taking ‘baby steps’ with persistence and consistency and finally climbed the ladder of success.

A student of Children’s Centre of Integral Education School (CCOIES), Debamitra left Bhubaneswar when she was just 22 in 2003 to follow her dream. Though she worked as a creative director for a couple of  Hindi TV shows, nobody heard her name until the first trailer of Motichoor Chaknachoor came out on October 11. The movie will release on November 15.
While speaking to Ashadeep Mohanty of Sambad English, Debamitra talks about her debut movie, obstacles she faced during her long and tough journey and plans for Odisha.
RELATED

Q-‘Motichoor Chaknachoor’!  What’s the title of your movie all about?

It is about two singletons, who have their hidden agendas to marry each other. Usually marriage is related to ‘Motichoor ka Laddo’ but the movie shows how everything falls apart after their marriage and “Chaknachoor Ho Jata Hai” (she laughs).

Q From ‘just another girl’ from a city like Bhubaneswar to being a Bollywood director, how did it all happen? What challenges did you face during the entire journey?

I think for every youngster, the major challenge in every field is to wait patiently for the right thing to come to you at the right time. It was same in my case too. During the learning phase also, I faced rejections. There were times, when I didn’t get any opportunity to learn from somebody. So to get an opportunity to assist somebody in direction was a major challenge for me. Even though I tried a lot, but I did not get any opportunity to work as an assistant director during my initial days. So I had to do a ‘self learning’ thing.

When I was working as a creative director for shows like ‘Lapataganj’ and ‘Gili Gili Gappa’, one director called Ashwini Dhir was producing the show and He is a brilliant writer as well. I learnt many things like satire and comic timing from him. Also, observing people that I have worked with has been a great learning.

After that, I took a long break for 6-7 years and did self-learning. In the meantime, I started scriptwriting. After writing three to four scripts, I got confidence and started writing for ‘Motichoor Chaknachoor’. Then it took 2-3 years to get producers onboard for my movie. Finally I met Suniel Sir (Suniel Shetty) and narrated him my script. Then he introduced me to the producers and we started shooting from October last year.

Q Entry into Bollywood, especially as a female director, is not a cakewalk. As you said, you took around 3 years to get producers for your project. Did you face any difficulties in between?

As I told you, I struggled a lot while convincing people. I went door-to-door with my script. Some liked it, few didn’t. But as far as gender is concerned, I didn’t face any difficulties of any sort.

Q You started your career with direction at such an early age. Have you ever thought of acting or direction was your ultimate aim?

I did theatres in Odisha during my college days. I was associated with a theatre group called Natya Chetana. I did a few plays under the guidance of Dr Subodh Patnaik. I always yearned for something to do with creative things. But I did not know what exactly I should take up as a career. After moving out of Bhubaneswar in 2003, I thought I will pursue my career in acting. But when I came to Bombay (Mumbai), I switched to technical field and found direction more interesting than acting. So, I never approached anyone for acting.

Q After having worked with Nawazuddin Siddiqui and Athiya, who do you want to work with next?

There are so many actors. I want to work with all of them (giggles). But if I have to choose, I would love to work with three Khans, Sunil Shetty, Ayushmann Khurrana, Manoj Bajpayee. And, of course it’s my dream to work with Amitabh Bachchan ji. Let’s see.

Q Many young talents from Odisha have already made their presence felt in Bollywood and Hindi Television industry. Have you ever thought of casting homegrown talents in your future projects?

Honestly, I am not at all biased as far as Odias or non-Odias are concerned. But I am biased towards natural talent actually (she laughs). And of course, there are many brilliant actors in Odisha. I would be very happy to direct them in my next films.

Q Now-a-days, we see many Odia as well as Hindi films being remade from South and Hollywood movies. What is your take on this?

I don’t have any idea about Odia movies as I don’t get to watch them here in Mumbai. But for Hindi films, I would say there are so many original films that are being made. But yes, there are remakes also that are making great business. I think its fine as long as it is not hampering anything.

Q Being an Odia, do you have any plans to make issue-based films on Odisha?

Initially, I wanted to do something on those lines. But I didn’t get producers for that. Still it’s there in my mind. Though it’s very early to say, but if my debut movie performs well by the grace of God, I hope I will be able to work with many producers in future and I will definitely come up with some issue-based movies. Issues affecting women and children top my priority list.

Q Do you have you any plans to showcase the rich heritage and culture of Odisha through your movies in future?

Of course, I would love to. I am born and brought up in Odisha. It’s so beautiful out there. I would definitely want to shoot there and portray the authentic culture of the state.

Debutant Bollywood director Debamitra speaks about her plans for Odisha

Q Where would you like to see yourself in next 10 years?

I want to make great films and entertain people. I want to keep working as a director.

Q What message would you like to give to the younger generation?

Believe in yourself, work hard and have patience. Don’t get disheartened, if people around you keep on discouraging you. Just hold on to your dreams; you will definitely make it one day.

A tete-a-tete with Odisha-born ‘Chhapaak’ actor…