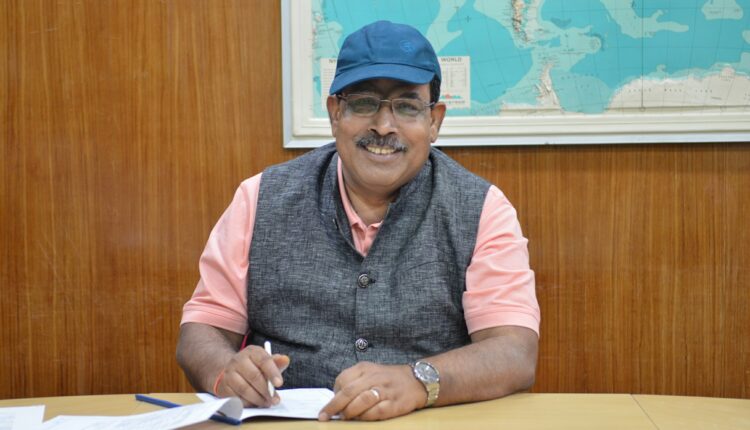 Chennai: Odisha-born space scientist Tapan Misra on Tuesday alleged that he was poisoned with a deadly chemical on May 23, 2017 at the headquarters of Indian Space Research Organisation (ISRO) when he had gone there to attend a promotion interview.

“I have come out in public as I fear for my life post retirement. I am retiring this month,” Misra, Senior Advisor at ISRO, told IANS.

Two former space agency chiefs could not be reached for a response, while one declined to comment on the allegations.

In a Facebook post, Misra wrote: “We, in ISRO, occasionally heard about highly suspicious death of Prof. Vikram Sarabhai in 1971. Also heard occasional doubts about sudden death of Dr. S Srinivasan, Director of VSSC (Vikram Sarabhai Space Centre) in 1999. Case of Shri Nambinarayanan in 1994 is well known. But I never thought that I will be at the receiving end of such mystery.”

“I was poisoned with deadly Arsenic Trioxide on 23rd May 2017, during promotion interview from Sci/Eng SF to SG in ISRO HQ at Bangalore. Fatal dose was probably mixed with chutney along with Dosai, in snacks after lunch.”

“It was followed by severe breathing difficulty, unusual skin eruptions and skin shedding, loss of nails on feet and hands, terrible neurological issues due to hypoxia, skeletal pain, unusual sensations, one suspected heart attack and arsenic depositions and fungal infections on every inch of skin and internal organs,” he added.

According to Misra, treatment was received in Zydus Cadilla, TMH-Mumbai and AIIMS-Delhi over a period of two years.

“Famed forensic specialist, Dr. Sudhir Gupta told me that in his whole career, for the first time he was seeing a live specimen of a survivor of assassination attempt with fatal dose of assassination grade molecular As2O3. Otherwise his experience was limited to cadavers,” Misra said.

According to Misra, one of the Directors of ISRO centres had told him on June 5, 2017 of the possibility of poison given to me. “Probably, I guess, he witnessed poison mixing in my food.”

“On 7th June, MHA (Ministry of Home Affairs) security agency personnels met me and alerted me of Arsenic poisoning. I am thankful to them, as their info helped doctors to focus on exact remedy instead of scratching their heads with unusual signatures of my ailment,” he said in his post.

Misra said he had learnt that this poison is given in molecular level suspension (crystal level is harmless) just after a heavy meal.

“It is a colourless, odourless, tasteless suspension and hence cannot even be suspected. It gets absorbed through stomach during food ingestion, kills RBCs (red blood cells) immediately to such large extent that the fine blood vessels are clogged, leading to heart attacks and strokes within two to three hours and the victim can easily be passed of as heart attack death,” he said.

According to him, he did not take lunch that day and the amount of poison – mixed in chutney – was small quantity and the arsenic passed directly to colon region and most of them got ejected through bleeding.

“The motive appears to be espionage attack, embedded in the Government set up, to remove a scientist with critical contribution of very large military and commercial significance, like expertise in building Synthetic Aperture Radar,” he said.

In a much more serious allegation, Misra said: “I will also not rule out it also as a new modus operandi of adjusting seniority and clear me who was perceived as obstacle. Whatever may be the reason, it was a great shame for the country and our security apparatus.”

“I pleaded with two successive Chairmen to help me in getting justice. Kirankumar tried his best to convince me that my earlier case of squamous cell carcinoma is resurrecting. I personally talked to Dr. Kasturirangan and Shri Madhavan Nair and they developed cold feet,” Misra said.

The two past ISRO Chairmen A.S. Kiran Kumar and G. Madhavan Nair were not available for comment.

On the other hand, retired Chairman K.Kasturirangan declined to comment on the matter and told IANS that he was not with ISRO during that period.

In his post, Misra also that he was “bombarded with hundreds of threatening emails to keep my mouth shut”, while he had barely escaped from a “massive explosive incident, in which Rs 100 cr lab was destroyed. This happened on 3rd May 2018”.

Misra also alleged that on July 19, 2019, an Indian American Professor of one of the topmost US universities suddenly appeared in his office and requested not to utter a word in future and as a quid pro quo, his IIT-K grandson would be accommodated in a top notch college in USA.

“I declined and he left my office at 1430 hrs. And my thirty plus years contributing career was consigned to sinecure position at 1630 hrs. on the same day. I was removed from all responsibilities, including SAC Directorship,” Misra said.

He also alleged on July 12, 2019 — two days before the scheduled launch of Chandrayaan-2 (which was however postponed to July 22) — he was poisoned again, spent a long period in hospital, and is still under treatment.

Misra also alleged of a plant to defame him by doctoring the CCTV recording of his room on January 23 and 24 last year.

According to him, two incidents convinced him that the mysterious people who are after him and probably going to hit him hard before his retirement at the end of this month.

“All the signatures point to deliberate poisoning of my mentally challenged son with Covid 19. The poor boy, who cannot even speak or eat or carry out hygiene activities himself, had to be hospitalized for 10 days, followed by months of complications,” he alleged.

Misra also said that there was another attempt to poison him with arsenic in September.

Expressing faith in the security apparatus, Misra however said: “But these mysterious men are much more equipped, trained, lethal and determined to snuff out living witness of the most shameful incident of Indian science.”

“I put forward to Government, intellectuals and fellow scientists and my classmates and teachers, spread across the world, that all efforts should be made to keep me and my family safe and punish these mysterious men,” he said.

Notification out for Odisha Matric Exam-2021 form fill up