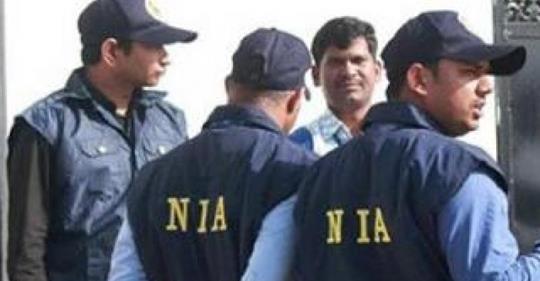 Rahman, a native of Kendrapara district, was taken into custody after he arrived there from Saudi Arabia.

He is allegedly the handler of LeT terrorist Shaikh Abdul Naeem alias Nomi who was nabbed in 2007 while trying to infiltrate three terrorists – two Pakistanis and one Kashmiri – into India through Bangladesh. Sources said the NIA has arrested Rahman after receiving an Intel input that he was travelling to India.

Rahman arranged hideouts and funds for Shaikh Abdul Naeem on different occasions for carrying out terrorist activities in India on the directions of the LeT terrorist Amjad alias Rehan who is based in Pakistan, the NIA said according to reports.

Naeem escaped from custody in August 2014 while on way from Kolkata for a court appearance in Maharashtra and resumed his activities on the directions of his handlers in Pakistan and Saudi Arabia.

Rahman had arranged shelter and funds for Naeem on different occasions for carrying out terrorist activities in India on the directions of LeT commander Amjad based in Pakistan, said the official.

The agency said that a conspiracy was hatched between Rahman and Naeem for targeting vulnerable locations in India with the intent to cause the maximum damage.

Naeem was tasked to identify locations where terrorist attacks could be carried out. For this purpose, Naeem assumed fake identities and visited different states, including Jammu and Kashmir, Himachal Pradesh and Chandigarh and did reconnaissance of possible targets.

Both Rahman and Naeem have already been named in a NIA chargesheet along with nine co-accused.

Rehman is being produced in Delhi’s Patiala House Courts by the NIA to seek custody for his interrogation.

Meanwhile, Odisha police said it will help the NIA, if needed, for investigation. “Our Special Task Force (STF) is now in contact with NIA and if they (NIA) seeks our assistance we will cooperate with the investigation,” said DGP in-charge Satyajit Mohanty.