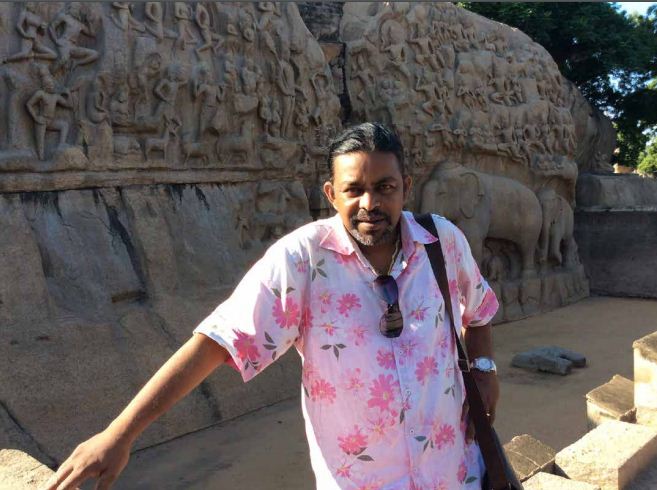 Bhubaneswar: Odisha-based painter and sculptor Sovan Kumar, who is known for his innovative and creative ideas, will be exhibiting his works, which are an extension of his truck series, in Chennai beginning January 31.

Turning wheel has been a dominant symbol in his work and the truck, a carrier of change and a visual metaphor of movement. “Globalisation is a theme I have been working on for long. It has lead to migration and immigration, the greatest instrument of economic development,” he said.

Bald and beautiful: Odisha-born painter’s inner self on canvas

Having shifted base to Chennai for work, Sovan is himself feeling the pangs of being disconnected from roots. His interaction with Odia labourers, who have migrated to the southern state in search of job in plastic and automobile factories, have added more colours to his palate. “They rued the lack of employment opportunities back home, which has forced them to travel all the way to Chennai and work under hazardous conditions,” he said.

The subject, an elongated truck or lorry carting away symbolic structures, painted against a flat background in colours like red, green, yellow and black with an occasional blue sky stands out telling stories of people who are being left behind, or linked with, or exploited, in the name of progress, or change of address.

Sovan frames them between two borders with a semi-chevron design similar to Odisha Ikat saree pattern.

A truck carrying coloured pots brings his association with Chennai alive as it depicts the metro’s water woes. “Since relocating to Tamil Nadu, I have concentrated on painting the colourful rear end with floral decorations of South-based lorries,” he said.

One of his trucks carries the iconic D P Roy Chowdhury image of ‘The Triumph of Labour’ resurrected in the bodies of four men engaged in lifting a load.

“Stories of these people often go unheard,” he said while speaking of images picked from the street. The poignant tale of the labourers is beautifully portrayed through a few abandoned aluminium tiffin carriers visible through the tear in a tarpaulin near a building site in one of the paintings.

The turning wheels that have changed many lives have also taken centre stage on his canvas. Sitting at a potter’s wheel with a frame instead of clay centered upon it, he spills colours that spins out in concentric circles. They gather a life of their own as he varies the speed and the number of colours. The band of colours expands and contracts into a still dark centre, encompassing the twists and turns in life.

Through vivid imagery of the trucks and lorries that roll silently through the night, Sovan forces us to acknowledge the changes that have been taking place around us and in the larger world outside of us, is how art curator Geeta Doctor sums up his works for the upcoming exhibition.