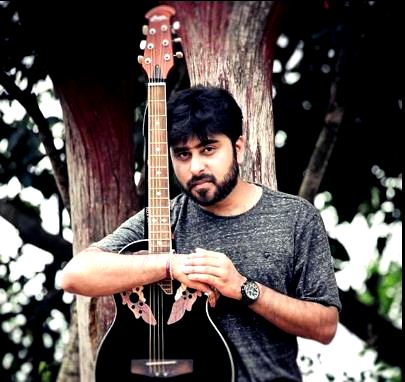 Bhubaneswar: It was impulsive but a well-thought out move. In the last two months since he packed his bags and travelled to India’s City of Dreams, Odisha-born playback singer Abhijeet Mishra has released two music videos under his banner Namaha Productions. The recent being, ‘Tum Phir Shuru Hogaye’ is a tribute to true friendship.

An engineering graduate, he had a successful stint with Odia film industry having been the voice of Ollywood superstar Anubhav Mohanty in the movie Sata Sure Bandha E Jibana. The thirst for knowledge and desire to excel in the field of music prompted his decision to shift base to Mumbai, where he is also trying his luck in Bollywood.

“Priyanka Mitra, who is also a singer, is close friend of mine and we thought of expressing our friendship through music, which gave birth to the idea, ‘Tum Phir Shuru Hogaye’. Luckily, Shyamraj Dutta agreed to pen the lyrics,” he said.

“Dada (Dutta) loved my composition, which boost my confidence of trying out my kind of music. I have used very basic instruments like guitar and ukulele,” he said.

The video of the song sung by Abhijeet and Priyanka was then shot in the Marine Drive, Bandstand and Lokhandwala in Mumbai. Released on YouTube, it has so far garnered over 1K views and appreciated for the music and cinematography.

“I have always been interested in serious kind of music with chord chart. I don’t believe in composing music by beating a table. And singing my own compositions, gives me a high,” he expressed.

Abhijeet is also hopeful of making it big in Bollywood as a playback singer. “Talks are on, people are liking my voice and compositions, hopefully things will work out for the best,” he added.