Odisha boy awarded by Modi for painting on Swachh Bharat 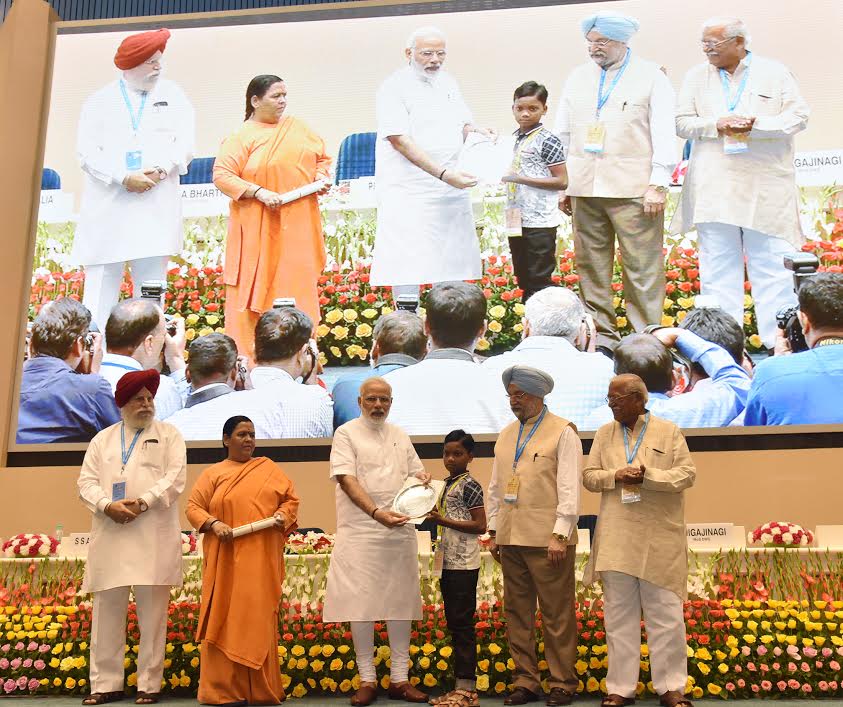 New Delhi/Bhawanipatna: Odisha boy Roshan Kumar Rana was presented an award by Prime Minister Narendra Modi as the winner at a painting competition held under ‘Swachhata Hi Seva’ movement on the occasion of Gandhi Jayanti in New Delhi.

He received the award along with Rs 1 lakh cash prize and other gifts from Modi during Swachh Bharat Diwas function at Bigyan Bhawan.

With winning the prize, Roshan became the first to have been awarded in the junior category in national level drawing competition.

The competition on Swachh Bharat was held under various categories including essay, painting and film.

An hour of exercise a week can kill depression