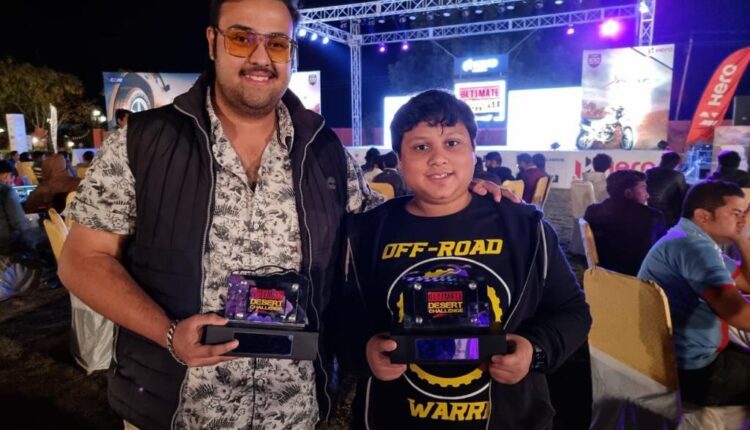 Bhubaneswar: Advik Patnaik from Odisha emerged as the champion in amateur category in the Ultimate Desert Challenge, India’s one of the most coveted off-road motorsport competitions, held in Rajasthan.

The 13-year-old Advik was one the youngest off-roaders participated in the competition, which was held from February 4 to 7, with 55 other experienced off-roaders.

He secured fifth position at the ‘Ultimate Desert Championship’ and was declared champion in the amateur category.

“There were around 56 participants i.e 56 cars, 56 drivers and 56 navigators. I came in fifth position overall and people in amateur category participating for the first time I came first,” said Advik.

He had developed a passion for hard-core off-roading since a very tender age.

The Ultimate Desert Challenge (UDC) is a high-endurance desert off-roading competition that aims at providing a neutral competitive platform for expert off-roaders as well as budding off-roading talents.

The competition was first organised by Dune Adventure Sports Club in the year 2014. Thereafter, it has been a regular affair in Bikaner, Rajasthan.

Despite being merely 6 editions old, UDC is one of the most recognised off-road motorsport competitions attracting a host of seasoned off-roaders from across the country.