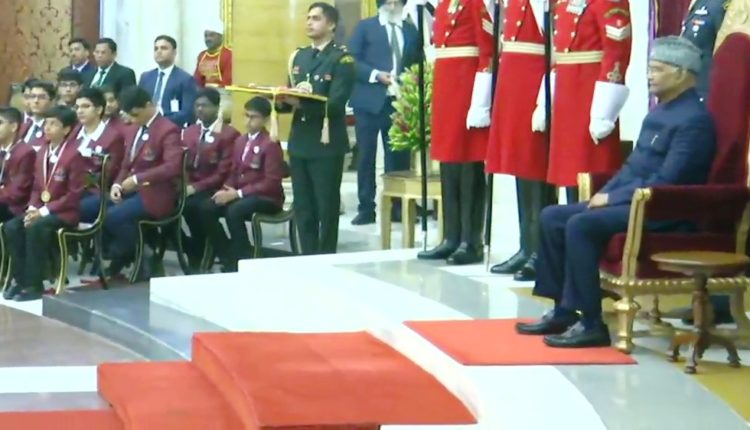 Bhubaneswar: Bringing laurels to the state, Yash Mishra from Bhubaneswar received the Pradhan Mantri Rashtriya Bal Puraskar from President Ram Nath Kovind at a special function held at Rashtrapati Bhavan in New Delhi today on the eve of Republic Day.

Mishra, a student of DAV Chandrasekharpur here, received the award for his excellency in the field of scholastic achievement. He received a cash reward of Rs 1, 00,000, a medal, a certificate, a tablet and a citation.

Currently, he is studying at Sir Padampat Singhania School in Kota. Earlier, Mishra had won gold medal for India in Singapore Asian Mathematical Olympiad. He has over 400 prizes and around 200 medals to his credit so far.

As many as 22 children, including 10 girls received the Pradhan Mantri Rashtriya Bal Puraskar from the President today. Every year, the award is given away to children in recognition of their outstanding achievements in the fields of innovation, scholastic achievements, social service, arts and culture and sports.