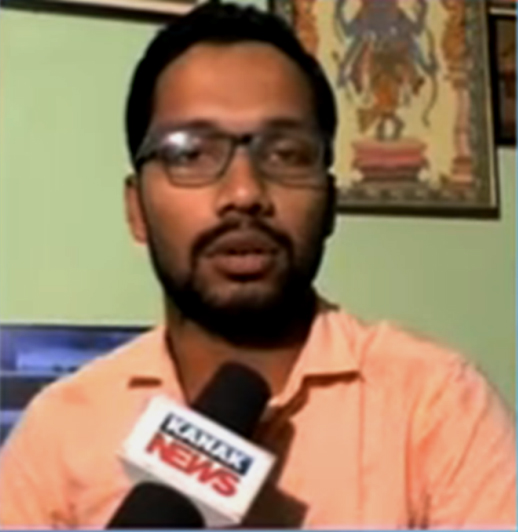 Hitesh Kumar, a young student from Odisha’s Jajpur has brought laurel for the state as he has won top honours at a national level competition in documentary filmmaking.

Hitesh’s 3-minute documentary has an awareness message for the society against the direct and indirect effects of felling hundreds of trees for construction of chariots for Rath Yatra in Puri every year. The film has won first prize in the ‘YES! i am the CHANGE Awards 2016’ competition’s ‘open category’ organized by Yes Foundation, the social development arm of Yes Bank.

The Jajpur boy was assigned to make a 3-minute film on the subject –Environmental Sustainability within 100 hours, which he did successfully by doing everything himself- right from storyboard, scripting, filming, editing, and direction.

“The challenge was to make a 3-minute documentary film within 100 hours. The topic assigned to me was Environmental Sustainability. I did everything from story, scripting, camera, editing, and direction within 100 hours. Yes Foundation conducts the competition in four categories-students, corporate, NGO, and open. I had participated in the ‘open category’. I have ranked first in the all India level,” said Hitesh Kumar.