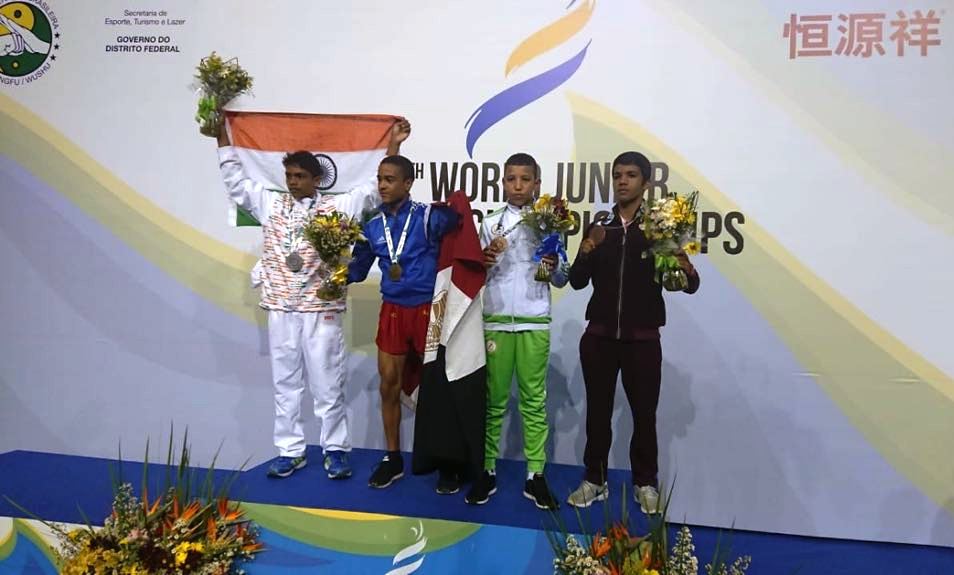 He reached the final after defeating his counterparts from Peru and Iran in quarterfinal and semifinal, respectively. In this world championship held from July 10-16 in Brasilia, Brazil, the Indian team won four silver and five bronze medals.

A 8thstandard student from Sialijoda village under Deojhar Gram panchayat of Keonjhar district, Babulu made rigorous preparation, including training in China, for this world championship. He had won silver medal in the 17th Sub-Junior Wushu National C’ship held in March, this year at Jammu & Kashmir.

The sporting talent of Babulu was first identified by JSPL Foundation, which has been promoting rural and ethnic sports in the region in Barbil region of Keonjhar district. The Foundation extended all round support to this tribal boy, including his admission in Urban David School, training, nutritional supplements support and facilitating his participation in State and National level Championships since 2011. Since then, he was under training of Asian Indoor Games Kickboxing Medalist Pankaj Kumar Mahanta, who was appointed by JSPL Foundation to train students in various martial arts at Sialijoda Primary School.

Congratulating Babulu Co-Chairperson of JSPL Foundation Shallu Jindal said, “Odisha has several sporting talents in rural areas. The JSPL Foundation is committed to nourish rural talents to shine in the national and global forums. Babulu, who has brought glory for the country, is a perfect example. We are sure Babulu will bring more laurels for India and will inspire others to win in international sports”.

A parentless tribal boy Babulu won his first medal (Silver) in the very first attempt at 16th All Odisha Kickboxing Championship held at Bhubaneswar on December 18, 2011.This is maiden international medal.