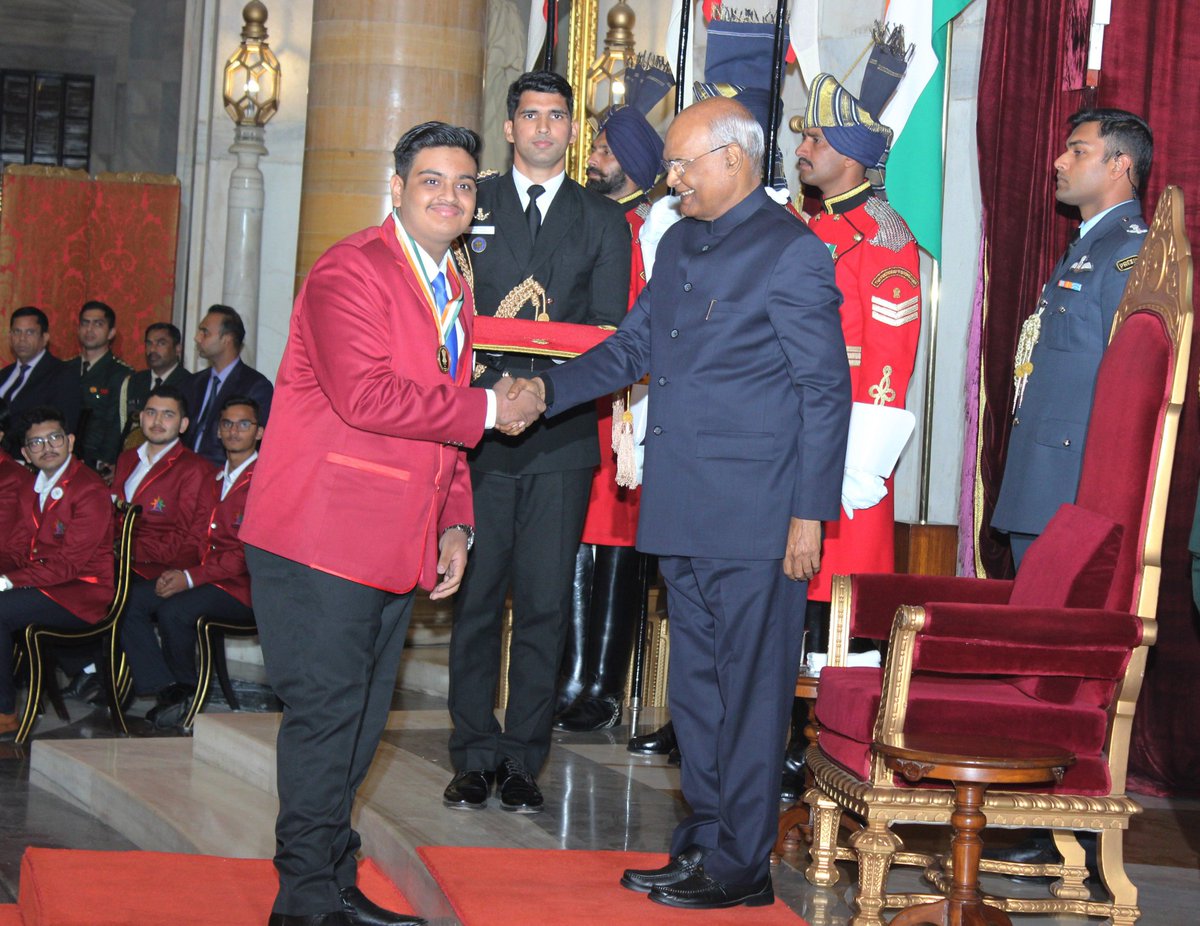 Odia boys Naisargik Lenka and Ayushman Tripathy also received the award among the 26 children, 2 individuals and 3 institutions, who were bestowed with the coveted award under various fields like Innovation, Social Service, Scholastic, Sports, Art & Culture and Bravery.

Lenka received the award for excellence in the field of innovation.

The 16-year-old Naisargik Lenka received the award for his innovative solution for remediation of contaminated soil and water using an optimized strain (Anabaena cylindrical) immobilized in polymer matrix, which will not only prevent the entry of the carcinogen into the food chain through rice crop but also increases the grain yield.

Besides, the young innovator has also developed a novel method of treating municipal waste water and developed a smart toilet model too.

Similarly, Ayushman received the award for his excellence in the field of scholastics.

Union Minister for Women and Child Development Maneka Gandhi and other dignitaries were present during the occasion.