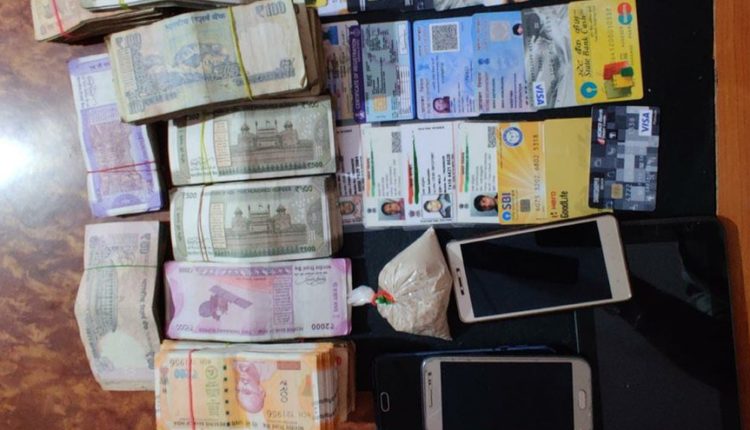 Balasore: Continuing its crackdown on drug smugglers, the Jaleswar police on Tuesday arrested three persons and seized brown sugar worth Rs 10 lakh from them in Sheikhsarai area under Basta block in Balasore district.

The accused has been identified as Sridhar Nayak(30), Debashis Mohanty(30), and Litu Dora(29), resident of Narendrakana village under Kumbharpada police limits in Puri district.

Acting on a tip-off, the police conducted a raid in Sheikhsarai area and seized 100 grams of brown sugar worth Rs 10 lakh from the three accused, a car,  three mobile phones and 12 ATM cards and Rs 3,14,110 cash from their possession. Police registered a case against the three accused and began a probe into the matter.

It is pertinent to mention here that brown sugar smuggling and its consumption have assumed alarming proportions in Balasore district. Police have arrested several drug peddlers through the district in the recent past.