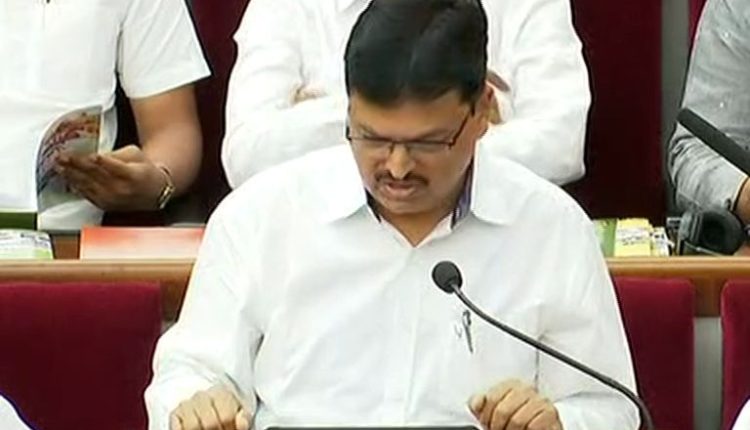 The Finance Minister read out his budget speech from an iPad. Odisha is the second state in the country to present its budget electronically.

In his budget speech, the Finance Minister said the State government has targeted to earn Rs 1 ,24,300 crore revenue in FY20-21.

Odisha’s Agriculture Budget has been pegged at Rs 19,408 crore. Pujari added Rs 150 crore will be allocated to make the Orissa University of Agriculture and Technology as a world class centre of excellence.

To increase income of farmers, the Finance Minister proposed a ‘Samruddha Krishi Niti-2020’ in his budget speech. He proposed an allocation of Rs 3,195 crore for KALIA yojana.

The budget proposed an allocation of Rs 12 crore for water conservation over five years.

The budget proposed increase in the MLA LAD fund from Rs 1 crore to Rs 3 crore. Rs 2 crore will be provided for overall development, Rs 50 lakh for road construction and remaining Rs 50 lakh for education-related infra development.

The State budget allocated Rs 7,700 crore for Health sector. The State government aims to transform SCB Hospital in Cuttack to an AIIMS Plus hospital.

Odisha government made an allocation of Rs 1,000 crore for SCB over next two years. Pujari proposed Rs 562 crore budgetary allocation for seven new medical colleges in the State.

The Finance Minister proposed a Odisha Cardiac Care Programme under which a special centre will be set up on PPP mode in Jharsuguda. MCL will provide Rs 75 cr for the project.

Rs 3,208 crore has been allocated for Puri under ABADHA yojana. The State government allocated Rs 50 crore for development of Samaleswari Temple and Hirakud dam in Sambalpur, said the Finance Minister in his budget speech.