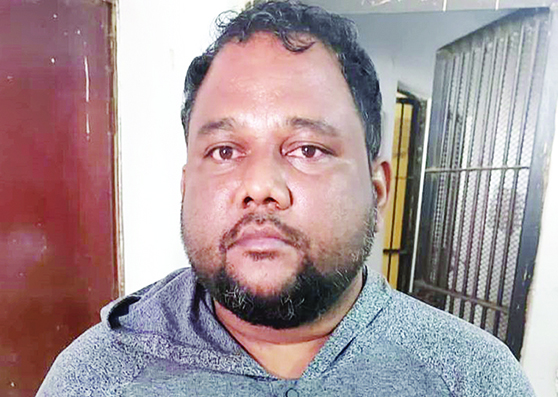 Bhubaneswar: A builder was arrested from Uttar Pradesh for allegedly defrauding his son’s tutor of over Rs 20 lakh on pretext of giving her a land in Bhubaneswar.

The accused has been identified as Parsuram Kandi. He was residing at the Ninth Empire Apartment at BJB Nagar locality in Bhubaneswar.

Builder arrested for misbehaving with woman staff in Odisha capital

A special team of Badagada Police arrested the builder in Mohammad Nagar area of Uttar Pradesh and brought him on a transit remand after producing him before a local court there.

According to reports, the complainant Madhusmita Mishra was teaching Kandi’s son. Introducing himself as a builder, Kandi persuaded her to buy a land through him in Bhubaneswar.

Police source said that the builder had taken total Rs 23 lakh from his son’s tutor in installments for a land.

As Kandi did not provide her land in due period and nor he refunded the amount, Madhusmita lodged a complaint against him in July this year.

Source said that several fraud cases have been registered against him in different police stations.

Neymar not to play in Argentina-Brazil World Cup qualifier; Here’s why