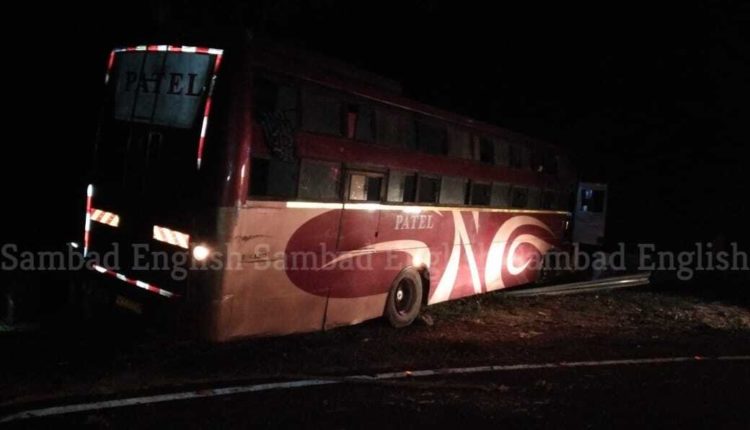 Phulbani: In a saddening incident, two persons were killed and another injured when a bus carrying around 68 returnees from Surat of Gujarat met with an accident today evening. The mishap took place in Kalinga Ghati in Kandhamal district. Identity of the deceased are yet to be known.

The Odia Prabasi Samaj had arranged the vehicle for the migrants to return to Odisha, said sources.

While crossing the Kalinga ghati driver lost control and the vehicle hit the roadside guard wall. The bus carrying Odisha migrants was en route to Ganjam district from Surat.

As per latest reports, the critically injured was admitted to MKCG Medial College and Hospital.

Till the filing of this report, out of around 68 passengers travelling in the bus, 40 were rescued. Operation to rescue others was underway.

This is how Odisha to stamp returnees with indelible ink

Over 2k migrants to reach Odisha today; curfew imposed in…