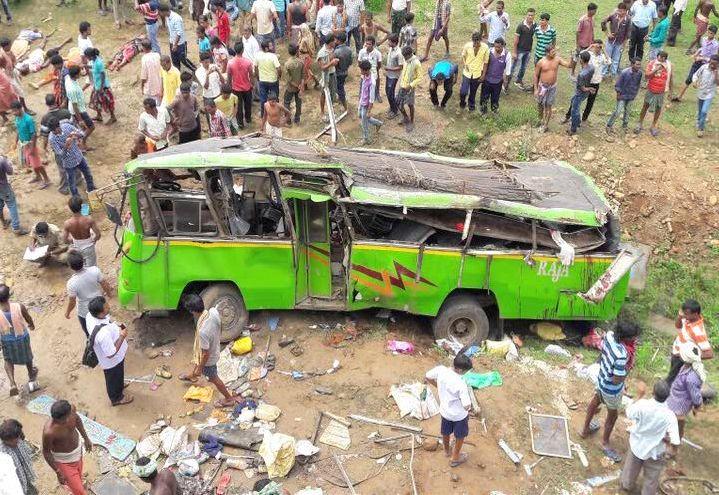 Members of All Odisha Private Bus Owners’ Association today met Transport Minister Ramesh Majhi and demanded withdrawal of police case against Rishabha Tripathy, the owner of the ill-fated bus ‘Maharaja’ that skidded off the Manitri bridge near Athmallik in Angul on September 9 killing 19 persons and leaving over 50 injured.

“We met the Transport Minister and demanded immediate release of Tripathy from jail and withdrawal of the case registered against him. We also sought action against the police inspector who registered the case against Tripathy,” said Debendra Sahoo, general secretary of the association.

“If our demands are not fulfilled, bus operators across the state will hold a 24-hour strike on September 29 beginning at 6.30 AM on September 29 till 6 AM next day. If the case against Tripathy is not withdrawn by October 6, we will launch a bus strike for indefinite period from October 7,” he added.

“The owner of the bus has not been arrested under the MVI act. A discussion will be held with the Home Department in this matter and steps will be taken accordingly,” said minister Ramesh Majhi.

Meanwhile, the bus owners and staff started working wearing black badges from today as a mark protest against the arrest.