Bhubaneswar: The Election Commission of India today announced the date for bye-election to Padampur Assembly Constituency in Bargarh district.

As per the release issued by the ECI, the Padampur bypoll will be held on December 5 this year.

The notification in this regard will be issued on November 10.

As per the schedule, the candidates can file their nomination papers on November 17. The last date for withdrawal of candidatures has been fixed for November 21.

The votes will be counted on December 8.

The ECI released the schedule for bye-election in five Assembly Constituencies, one each in Odisha, Rajasthan, Bihar, Uttar Pradesh and Chhattisgarh and one Parliamentary Constituency in Uttar Pradesh. 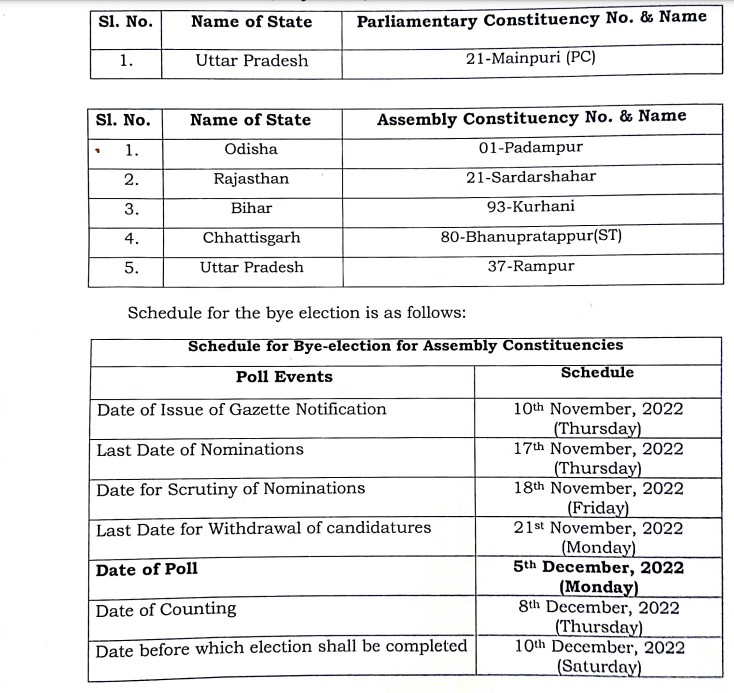 The bypoll to Padampur seat was necessitated after demise of BJD MLA BIjay Ranjan Singh Bariha last month. The legislator died at a private hospital in Bhubaneswar late on October 2 night.

Over 800 cattle rescued, 4 detained in smuggling case from Odisha’s Balasore