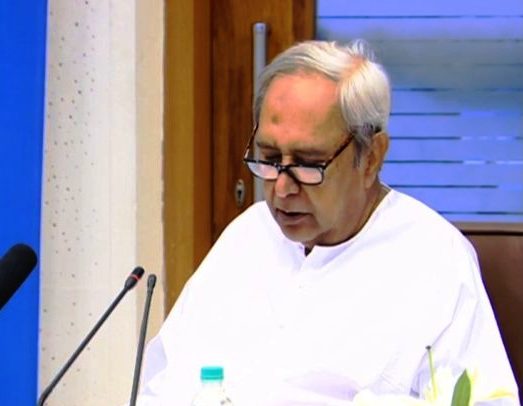 Bhubaneswar: Odisha Government will spend Rs 17,000 crore between June 2020 and March 2021 for creating livelihoods for migrant workers in rural areas. This is among the 22 proposals that were approved in the state Cabinet meeting held under chairmanship of Chief Minister Naveen Patnaik today, informed Chief Secretary Asit Tripathy.

Of the total amount, Rs 200 crore will be spent in agriculture sector to benefit 24.5 lakh farmers in the state.

Sharing details of other approved proposals at a presser here, the Chief Secretary said the Government will set up a medical park in Dhenkanal and a textile park at Dhamara in Bhadrak district. Besides, land for various tourism projects, including hotels and restaurants will be given by IDCO, he added.

The Cabinet also approved a proposal for setting up a  NDRF permanent company headquarters on 3.50 acres land at Hidigaon in Balasore district. Besides,  Aska Co-operative Sugar Industries Ltd will be given a guarantee loan of Rs 15 crore. The amount has already been sanctioned to Aska Co-op Central Bank for the same, Tripathy informed.

“Besides, UG, Agricultural and allied courses will be designated as professional courses. And, preschool students will also be provided with shoes, socks and sweater,” he said.

Contract farming has been legalized and farmers’ interest will be given safeguard. #Odisha Agricultural Produce Markets Act, 1956 has been replaced. Farmers can directly contact buyers and sell their produces: Chief Secy pic.twitter.com/8iivsl4o0h

This apart, 192 new ranks have been created in junior OAS cadre. VAT increased on petrol and diesel on May 17 has been ratified by the state Cabinet .

“OREDA has been transferred to Energy Department. Society registration has to be done every five years and it can be done online,” said Tripathy. He further informed that COVID-19 surveillance will be done at ward level in both rural and urban areas and migrant workers returning to the state will be covered under State Food Security Act (SFSA).

Over time limit for workers has been increased from 72 hours to 115 hours for three months. They will get leaves after 180 days of work, the Chief Secretary added.