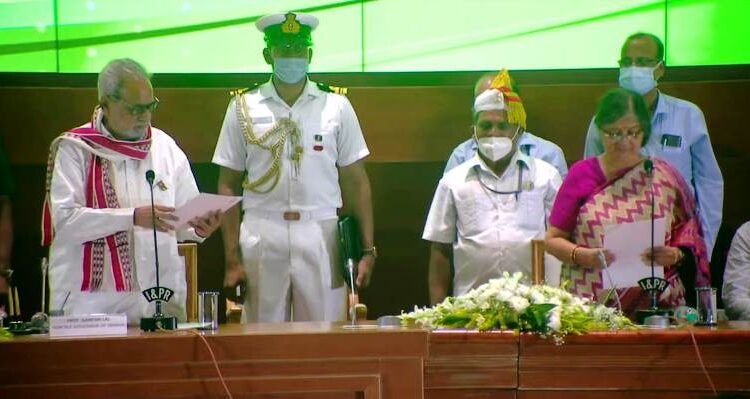 Bhubaneswar: Effecting  major reshuffle, Chief Minister Naveen Patnaik removed as many as 12 Ministers and inducted new faces in place of them to his Government.

All 21 Ministers were sworn in at a special ceremony at Lok Seva Bhawan here today. Governor Prof Ganeshi Lal administered the oath of office and secrecy to the Ministers–13 Cabinet Ministers and eight Minister of State (MoS).

As many as 12 new faces, including five women, have been inducted to Naveen’s revamped team. They are:

Sources said portfolios are likely to be be allotted to the new Cabinet Ministers and Ministers of State (MoS) later in the day.

Earlier yesterday, all Ministers were asked to resign from their respective posts, paving way for the new team. Speaker Surjya Narayan Patro also tendered his resignation, though his family claimed that he resigned on health grounds.

The reshuffle comes at a time when the Naveen Patnaik-led BJD Government completed three years of its fifth term in office on May 29.

How are plastic pet bottles recycled into clothing?

Fifty shades of green; how New Zealand is leading