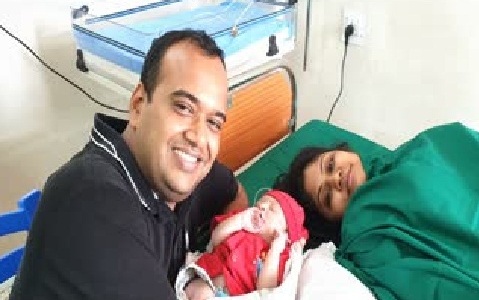 Malkangiri: At a time when government-run healthcare facilities are perceived to be not delivering quality service, an Odisha cadre bureaucrat preferring government hospital over private ones for his wife’s childbirth has won many accolades.

The bureaucrat opting for a government hospital sends out a strong message apparently to dispel the common belief.

“It was a conscious decision. My wife was staying with me. So, we decided to get it done here. The health facilities, especially SNCU, at Malkangiri DHH are way better as compared to neighbouring districts,” Manish Agarwal said.

We had done pre-natal check-ups at DHH only. Since facilities are comparable, we didn’t have to look for alternative options. It has all turned to be very good, the District Collector added.

Worth mentioning, affluents and highly-ranked government officers residing in the Maoist-infested district mostly prefer to visit Visakhapatnam for healthcare services. The Steel City is in fact closer to many southern Odisha districts than any specialized health facility in the state.