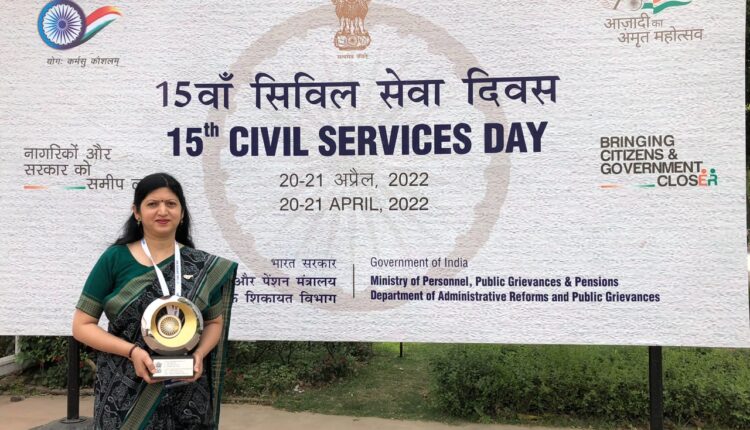 Padhee, who works as Joint Secretary at the Civil Aviation Ministry, was awarded for her contribution towards the success of the UDAN scheme.

Union Civil Aviation Minister Jyotiraditya Madhavrao Scindia also awarded Padhee at a programme as a member of the UDAN team.

Since 2016, when the UDAN scheme was launched by the Government of India connecting 67 places with flight services, the Civil Aviation Ministry has provided air connectivity on 419 routes till date. Around 92 lakh people have been benefitted with the UDAN scheme so far.

Padhee added 100 new airports will be set up under UDAN scheme and flight services will be operated on 1,000 new routes by 2024.

After the Government of India gave charge of Koraput aspirational district to Padhee, she had been giving emphasis on early completion of the Jeypore airport.