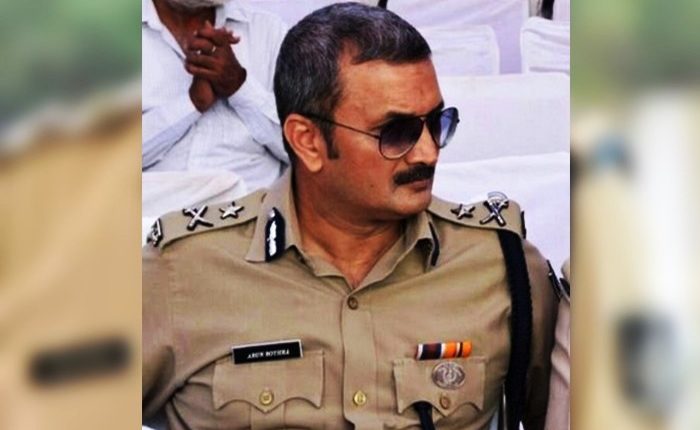 Bhubaneswar: Going beyond his call of duty,  Odisha cadre IPS Officer and Chairman of CESU Arun Bothra  extended a helping hand to a mother of a three-and-a-half-year-old boy, who  is  suffering from Autism in Mumbai.

As several services have remained suspended during the nationwide lockdown, one Neha Kumari, mother of the autistic child with severe food allergies, had sought help from Prime Minister Narendra Modi through a tweet to get camel milk for the kid. She mentioned that her child survives on camel milk and limited quantity of pulses. Due to the lockdown, she could not get enough camel milk for her son.

The Odisha IPS officer was quick to respond to her tweet and immediately brought the matter to the notice of  North-West Railways CPTM Tarun Jain,  who initiated steps to deliver camel milk in Mumbai through a parcel cargo train running between Ludhiana and Bandra in Mumbai.

20 lts. camel milk reached Mumbai by train last night. The family has kindly shared part of it with another needy person in the city.

As per the direction of the North-West Railways CPTM, the cargo train made an unscheduled halt at Falna station near Ajmer in Rajasthan. The package containing 20 litres of camel milk was picked up from Falna and later delivered to the woman in Mumbai.

Praises started pouring in for the IPS officer on social media for his exemplary service. Union Minister Dharmendra Pradhan took to Twitter and said, “Commendable efforts by Arun Bothra  Ji for proactively reaching out to help a needy with the assistance of Indian Railways. This is a crisis that India fights together, and together we shall win.”

Commendable efforts by @arunbothra ji for proactively reaching out to help a needy with the assistance of @RailwaySeva. This is a crisis that India fights together, and together we shall win. https://t.co/uJNSlODRWU