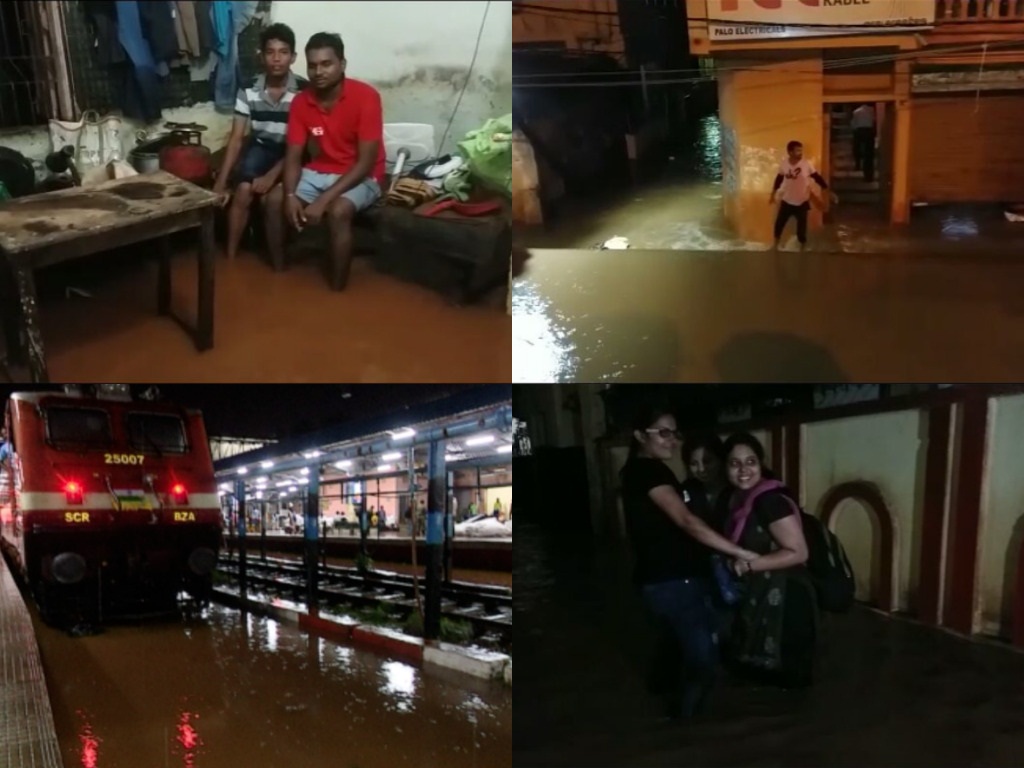 Bhubaneswar: Scores of commuters were left stranded this evening in a flash flood-like situation as heavy downpour brought Odisha capital to a halt for hours.

This was the second heavy downpour in three days. Many vehicles were stranded and a car was almost submerged in Nayapalli area where waterlogging is a regular scene during monsoon.

While a woman was rescued who fell into an overflowing drain at Acharya Vihar area, several parts of the city witnessed flash floods — exposing the poor drainage system in the Smart City.

The showers began around 5:30 pm and continued till late in the night. The rain brought the city almost dead for two hours and caused a traffic gridlock.

Thousands of vehicles on roads, including those bound for the airport, got stuck in the rain.

Many trains were delayed due to heavy rains and water on tracks in Bhubaneswar, reports said.

Low lying areas of the city were the worst-hit as the houses were inundated at many localities causing needless inconvenience to them.