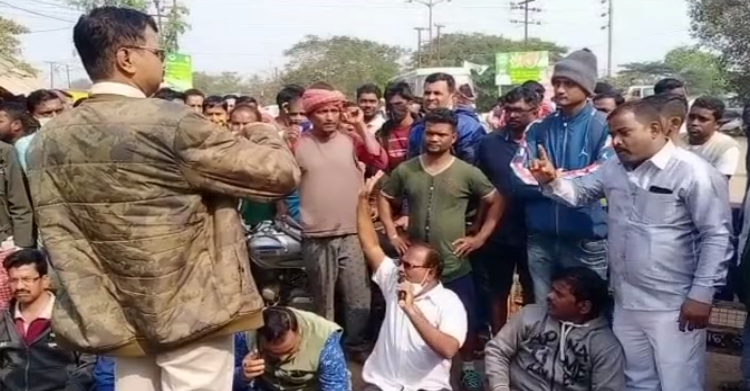 Bhubaneswar: The State capital Bhubaneswar woke up to two gruesome incidents on New Year with murders of youth in Sundarpada and Mancheswar areas.

While one murder incident took place at Nuasahi locality of Sundarpada on outskirts of Bhubaneswar where a youth was allegedly killed following a group clash, another incident sent shockwave among residents with recovery of a body from a canal under Mancheswar police limits in the morning.

According to reports, despite restrictions by authorities on Zero Night celebrations, Dipu Rout, the deceased youth, was celebrating the New Year eve with his friends by arranging a feast near a pond at Nuasahi.

However, the celebration turned uglier after Dipu and his friends indulged into heated arguments with locals of another group at the venue.

Allegedly, some youths attacked Dipu and his friends leaving them seriously injured on the spot.

The youth was rushed to a nearby hospital in critical condition and succumbed to injuries.

On receiving information, the Airfield Police rushed to the spot and launched a probe into the murder incident.

Expressing outrage over the incident, the locals blocked Sundarpada Road today demanding arrest of accused persons within 24 hours and compensation for kin of the deceased.

On the other hand, locals found a body of youth along with a motorcycle from a canal under Mancheswar police limits today.

The deceased youth has been identified as the resident of Patia area, informed the police.

The police suspected that the youth might have been murdered and thrown to the watercourse.