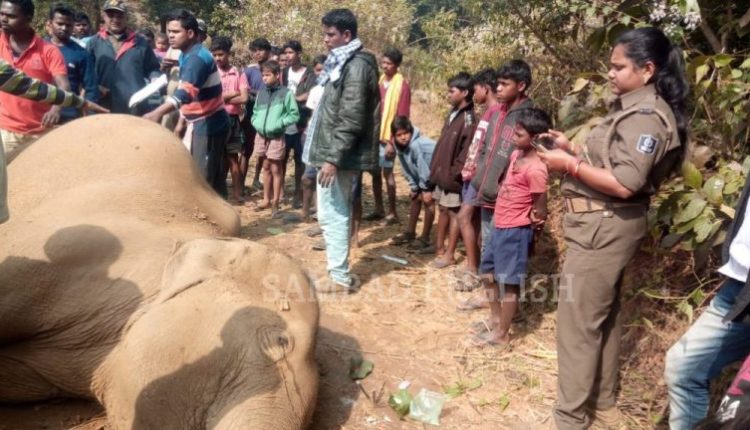 Sundergarh: Carcass of a female elephant was recovered near Kudahudanga village under Nuagaon block in Sundergarh district today. This is the second death of a pachyderm in past one week. On January 5, another elephant died in Runghi forest of Jharkhand bordering Odisha.

A Forest department official said a deep injury mark has been found on the pachyderm trunk. The exact cause behind the death will be known after receiving the post mortem report, he added.

Locals suspect the elephant was killed by poachers but the Forest officials are yet to make any confirmation on this.