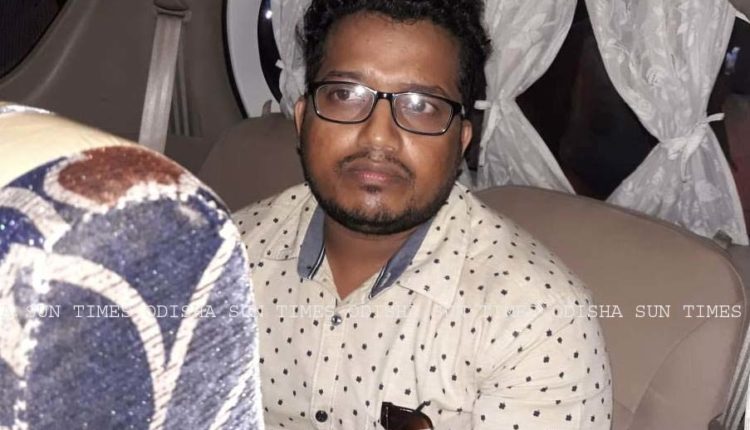 Baripada: The anti-corruption unit of the CBI today apprehended an official of India Post in Odisha’s Mayurbhanj district while accepting bribe.

The accused identified as Snehasish Parida was caught by a team of officials from the regional office in Bhubaneswar.

As per sources, Parida is posted at Chitrada Sub Post Office under Morada police limits as Assistant Post Master.  The sleuths swooped on him while he was accepting Rs 4000 from a postal agent’s husband.

Parida allegedly demanded a bribe from the postal agent Kuntala Mahanta following which her husband Brajakishore Mahanta had filed a complaint with CBI.

Parida had asked Mohanta to come to a mutually agreed place near Sirsapal square to handover the money. As per the deal, Mohanta arrived at the place and offered the money. While the postal employee was accepting the money, the waiting officials nabbed with with the bribe money.

The meeting was scheduled after 6 pm, post office hours.

After being apprehended, Parida was first taken to the post office and later to Chitrada outpost for questioning.

It may be mentioned here that the accused was transferred to Chitrada recently.

He was arrested and produced before the Special Judge for CBI cases at Bhubaneswar and was remanded to judicial custody.