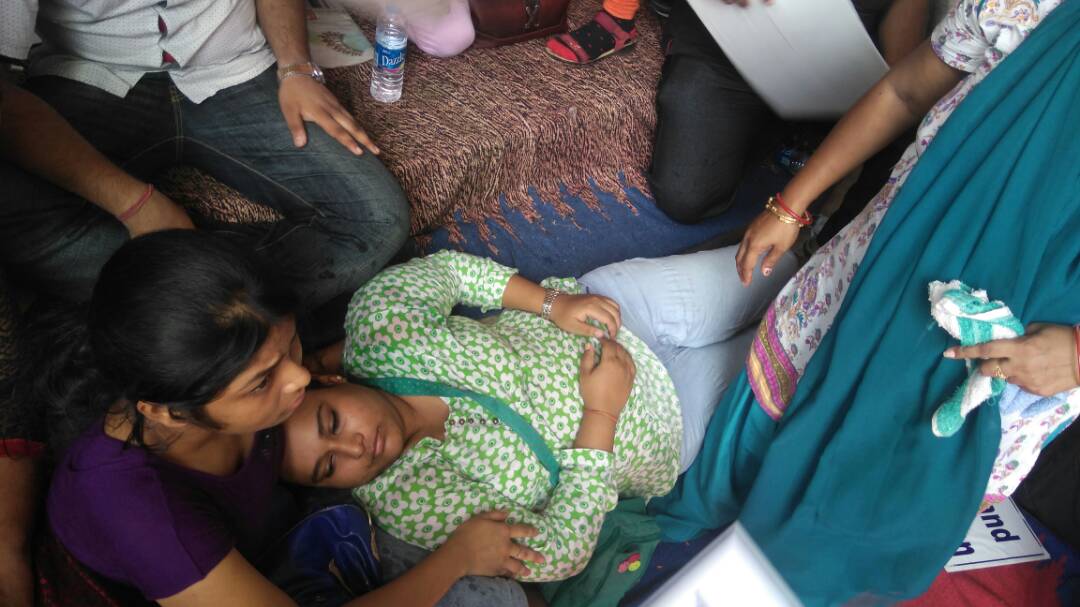 Agitation over discrepancies in the publication of CBSE Class-XII results in Odisha intensified today as several parents and students resorted to hunger strike in front of the board’s regional office at Saheed Nagar here.

The hunger strike will continue till fulfillment of their demands, the agitators said.

They have also demanded a CBI probe into the alleged fiasco in publication of results besides re-evaluation of answer sheets.

On the other hand, a girl student became unconscious during the hunger strike and was hospitalised.

Meanwhile, a delegation of National Students Union of India (NSUI) met Odisha Governor S.C. Jamir and sought his intervention in resolving the issue.

“The Governor expressed his concern over the incident. He has assured us that he would take up the matter with the Chief Minister (Naveen Patnaik) and Union HRD Minister (Prakash Javadekar),” said Itish Pradhan, state NSUI president.

Worth mentioning, a student identified as Mrutyunjay Padhi, who has failed in the Class-XII exams with single digit marks in most of the subjects, had attempted self-immolation near the board’s office yesterday by pouring kerosene on himself.

However, timely intervention by others present on the spot ensured no untoward incident.

Notably, results of some students in Bhubaneswar zone of the board have been kept withheld.