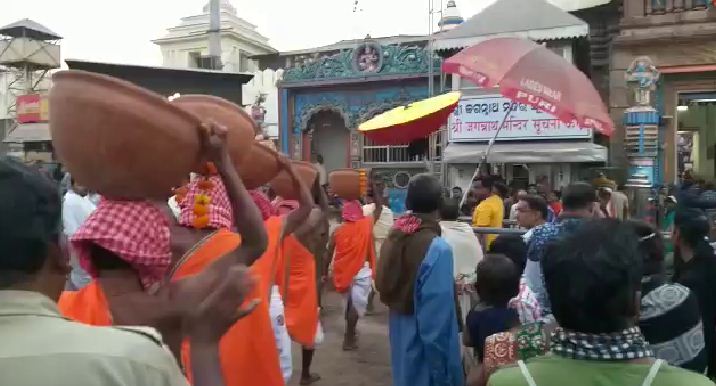 Bhubaneswar: People took holy dips in ponds and rivers and visited temples across Odisha as they celebrated the harvest festival of Makar Sankranti today with traditional fervour and enthusiasm.

Many devotees converged on the pilgrim town of Puri and visited the temple of Lord Jagannath to witness the special rituals on the occasion. They also thronged Konark and worshipped the Sun God as the sun started its annual shift towards the Earth’s northern hemisphere.

People prepared a special dish made with newly harvested rice, sugar, banana, coconut and black pepper and offered it to the gods. Some exchanged a special dish ‘Makar Chaula’ among themselves. Many believe that a ritual bath on Makar Sankranti would wash away their sins.

Kite-flying competitions were organised in places like Cuttack and other towns with fun and enthusiasm.

In Ganjam district, which has a sizable Telugu population, people decorated the front of their houses with colourful rangoli and celebrated Pongal.