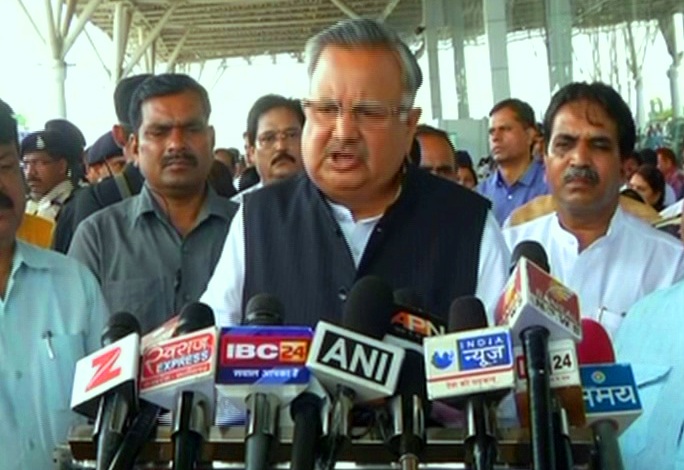 Chhattisgarh has taken an aggressive stance as against few months ago where it had stressed that it’s a matter pertaining to two states which can be resolved amicably within minutes.

However, the Chief Minister of the neighbouring state today literally slammed the doors on Odisha saying it can approach Central Water Commission (CWC).

“There is no water dispute between Odisha and Chhattisgarh. I don’t decide on water released to states. Central Water Commission being the regulator decides on it. As this is summer, more water is released through Kalma barrage gates as compared to earlier,” Chhattisgarh Chief Minister Dr Raman Singh said.

Reacting to this, the ruling Biju Janata Dal has said that the statement of the Chief Minister of neighbouring state has exposed their lies of not blocking water of Mahanadi river considered as lifeline of Odisha.

“Odisha will be affected during lean period and this has been proved. The big thing which has been proved is Chhattisgarh government’s double standards. Two days ago, their Water Resources Minister had said that they have not blocked Mahanadi water. Now, Chief Minister is saying that they won’t release water to Odisha,” BJD spokesperson Pratap Keshari Deb said.

“I think the facts have been fabricated. The state government might have provided misleading facts to people. If the situation prevailed since 10 years, what was the government doing over these years?” asked senior BJP leader and Union Tribal Affairs Minister Jual Oram.