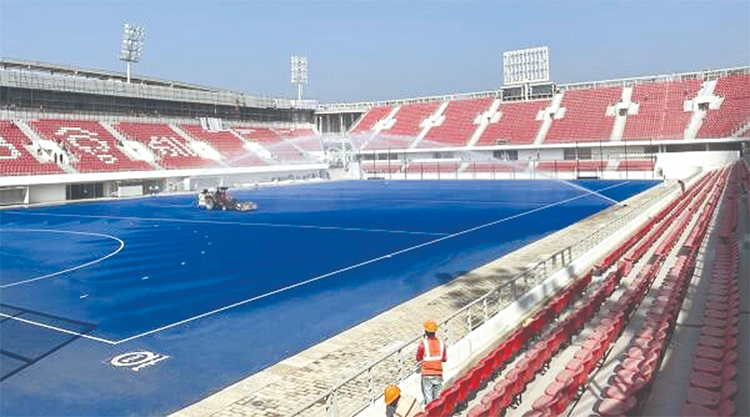 The Chief Minister will inaugurate Birsa Munda Hockey Stadium, built at an expenditure of Rs 146.5 crore on the premises of Biju Patnaik University of Technology (BPUT) here, ahead of the FIH Men’s Hockey World Cup-2023, scheduled to be held in Odisha from January 13 to 29.

Altogether 20 matches of the men’s hockey world cup would be played at Birsa Munda Hockey Stadium while the remaining 24 matches, including the final, will be held at Kalinga Stadium in Bhubaneswar, sources said.

“The Chief Minister is scheduled to inaugurate as many as 10 projects, including the Birsa Munda Hockey Stadium on Thursday. The Chief Minister may make a night halt in the Steel City,” said a source in the Sundargarh district administration.

The Chief Minister will inaugurate a water park, built at an expenditure of Rs 11.99 crore in the city here, said Additional Collector Subhankar Mahapatra.

Patnaik will also inaugurate hockey astro turfs in 17 blocks of Sundargarh, a sensory park in Rourkela and a vending zone at Raghunathpali, said an official of the district administration.