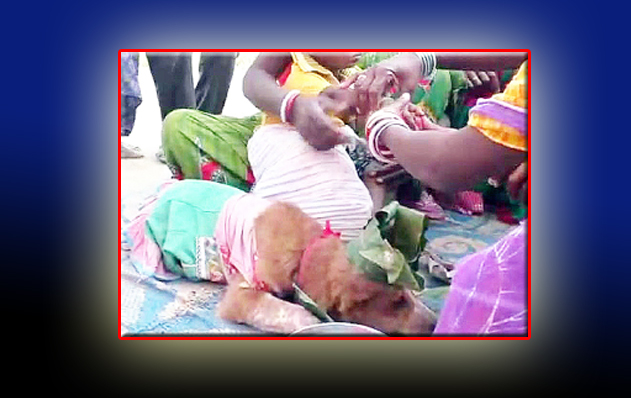 Baripada: In a bizarre incident, a 5-year-old boy of Ho tribe wed a female dog at Naupada village under Sukruli block of Odisha’s Mayurbhanj district with a belief of evading malefic planetary effects.

According to reports, the child developed crooked teeth which is considered as a bad omen by the people of Ho tribe. They believe that marrying their children to dogs of opposite gender keeps the evil effects at bay.

Hundreds of people of the area gathered at the village to witness the ceremony.