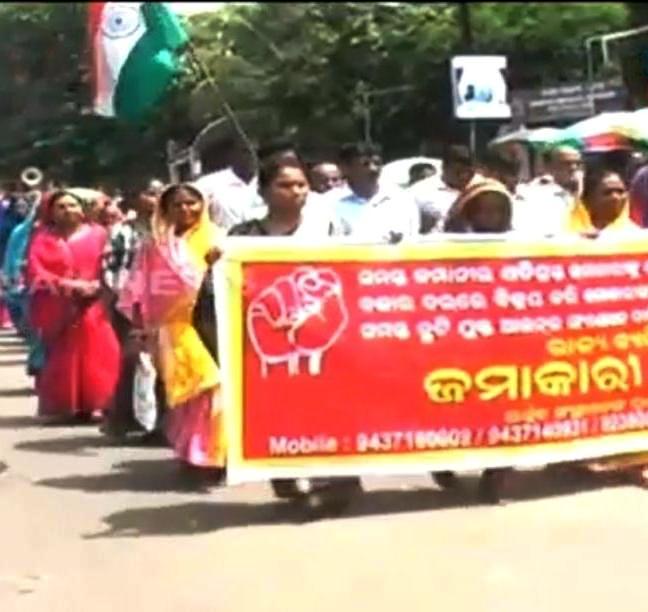 Off late, those accused in the multi-crore chit fund scam in Odisha have adopted a novel formula to get out of jail.

Instead of facing several rounds of interrogation by CBI officials and doing rounds of jail and courts, these people have adopted a novel strategy to plead guilty before the court and become a free bird for the rest of their life after spending few more months in jail.

Moreover, it would clear them off from the blemish of defrauding crores in the eyes of the law for all times to come.

In the last one month, 13 accused persons from six chit fund firms have pleaded guilty before the court leading to their conviction and award of sentences.

The reason being they know that in the event of them being convicted in chit fund scam related cases, the maximum punishment would be maximum 5-6 years of imprisonment.

Out of these 5-6 years of imprisonment, most of these accused have already spent 3/4 years in jail. So by pleading guilty they will be out of jail after staying for few more months/years in jail instead of dragging the matter for long in the courts.

Following their footsteps, accused persons of other Ponzi firms have begun petitioning the court pleading guilty to the charges levelled against them.

It may be mentioned here that Pradip Sethi was the first to plead guilty in the Artha Tatwa (AT) Group scam. Later, others have followed suit.

Sethi and another director of AT Group Manoj Patnaik pleaded guilty before the Special CBI Court here on April 5 last.

The court after framing charges against the two had begun hearing in the matter. The court sentenced Sethi to seven years in jail and Patnaik was sentenced to four years imprisonment. That apart, the court ordered the duo to deposit Rs 250 crore in the state government’s treasury.

Similarly, the court sentenced another accused in the AT Group scam Mohammad Hanif to four years in jail and in addition to that imposed a fine of Rs 15,000 on him.

Following that two accused directors of chit fund firm Astha International S S Shivaji and Santosh Sapkale have pleaded guilty before the Special CBI Court. The court sentenced them to five years in jail and imposed a fine of Rs 15,000.

Besides, Bijay Rout, director Adarsh Group of Companies too petitioned the court pleading guilty to charges levelled against him and the court has sentenced him to four years in jail and in addition to that fined him Rs 15,000.

Further, managing director of Wetell Group Thakur Amardeep Singh and five directors of Real Tulip India Tirth Haldar, Malay Haldar, Prasanjit Sil, Malay Guha and Deepankar Ghosh have pleaded guilty to the charges following which the court has sentenced them to five years in jail and fine of Rs 15,000 each.

“Persons accused in the chit fund scam very well know that it could take 10-12 years for adjudication of cases in the court and they would have to spend all these years in the jail. So it is wise on their part to plead guilty for they know for sure that charges levelled by the CBI against them would incur imprisonment sentences of 5-6 years on the maximum and they have already spent 3-4 years in prison. Why would they incur additional expenses by hiring lawyers’ etc and challenge the charges levelled against them? So they have adopted the novel formula,” explained senior lawyer Bana Mohanty.

Experts opine that the calculated move by the scamsters has made a mockery of the justice delivery system as they had used the loopholes to their advantage. The Central investigating agency should have tried them for murder as uncountable depositors and collection agents have committed suicide and even murdered, they added.

All ATM withdrawals not chargeable: SBI