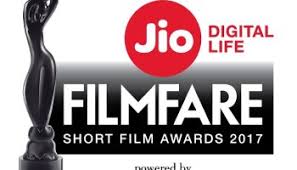 Bhubaneswar: Piyush Puty, a young cinematographer from Odisha who has worked with Bollywood films such as ‘Don-2’, ‘Wake up Sid’ and ‘Lootera’, has got another reason to be happy as two short films shot by him has made it to the final nomination of Filmfare Awards for short films.

”Paanipath” and “Jai Mata Di”, shot by the Odisha boy, are in the race to win the honours in this year’s edition.

“Jai Mata Di” is about a young unmarried couple trying to rent an apartment in Mumbai, where they encounter self-appointed moral guardians posing as chairperson/secretary of the housing society.

The 20-minute drama is being written and directed by Navjot Gulati and produced by Terribly Tiny Talkies.

Speaking to Odisha Sun Times from Mumbai, the elated cinematographer said: “It feels really good that two of my films have made it to the final round of nominations of Filmfare awards this year. I wish the viewers will like and vote for these films.”

There are six categories in which the awards will be presented — Best Film (Fiction), Best Film (Non-Fiction or Documentary), Best Actor (Male) and Best Actor (Female) and the People’s Choice Award. Short films that are under 20 minutes and released in the last 12 months are eligible for the award.

The films will be judged by an illustrious jury comprising Karan Johar, Nikkhil Advani, Kabir Khan, Onir and Shakun Batra.

Filmfare Short Film Festival aims to boost the efforts of the young filmmakers interested in exploring the short film space. The section will showcase short films (of 20 mins or less duration) made by aspiring as well as established filmmakers.