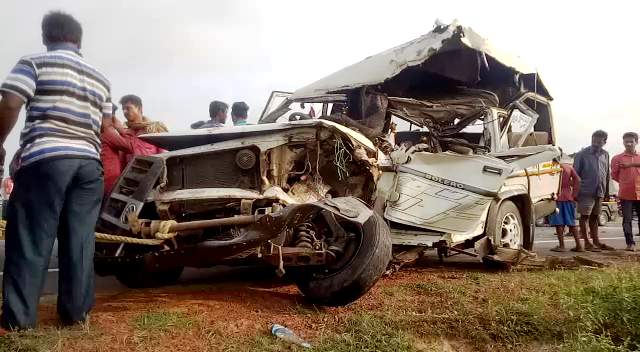 Kendrapara: Hours before results of the annual Matric examinations were announced in the state today, a student of Rajnagar area of Kendrapara district died in a severe road mishap late last night.

The deceased has been identified as Biswajit Majhi, son of one Rabindra Majhi of Raja Raneswari village in the district.

Sources said when Biswajit was returning to his house from Cuttack late last night, the four-wheeler he was travelling in hit a stationary truck parked on the roadside at Baro Chhak on Cuttack -Chandabali road. While Biswajit died on the spot, the driver of the four-wheeler fled the spot.

Biswajit was a student of Banabihari Jew High Schoo in Rajnagar area of the district, sources added.