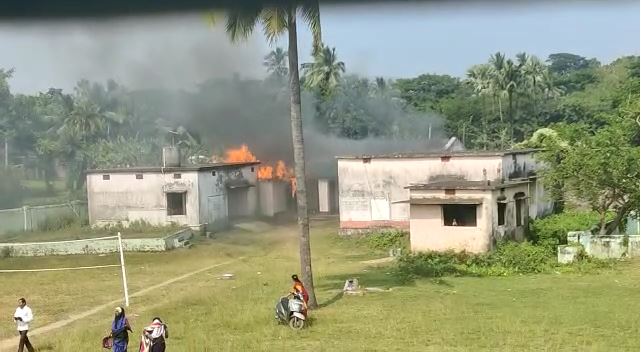 Mahanga: At least 20 kids had a close shave when a cooking gas cylinder exploded at an Anganwadi centre in Lalitgiri area of Mahanga block in Odisha’s Cuttack district today.

According to villagers, the incident took place when the cook of the Anganwadi centre was boiling eggs for the kids in the morning.

“The cook spotted smokes billowing out from the kitchen of the Anganwadi centre and immediately alerted the Anganwadi worker to shift the children to safety. The LPG cylinder exploded a few minutes after all of them vacated the place,” said a villager.

Furniture and several other items of the Anganwadi centre were gutted in the fire mishap, he added.

The villagers, meanwhile, urged the administration to take immediate steps to avoid similar incident in the future.

“The administration should take the issue seriously and introduce appropriate measures to ensure safety of the children at Anganwadi centres,” said a social activist.

Support of fans for ‘Yashoda’ overwhelms Samantha; Here’s what she said