Bhubaneswar: While efforts are underway to bring reforms in elementary education, as many as 488 schools have been shut in the current academic session in Odisha.

The government closed 475 primary schools and 13 upper primary schools for having less than 10 enrolment in the academic session 2019-20, a notification released by School & Mass Education Department stated.

Out of 30 districts, the highest number of 41 schools have been closed in Kandhamal district followed by Sundargarh (39) and Gajapati (34) districts.

However, the districts include Jagatsinghpur, Koraput, Mayurbhanj and Rayagada registered zero number of schools closed for having 10 or less student enrolment this academic session.

Here’s the list of closure of schools in 2019-20 academic session in Odisha: 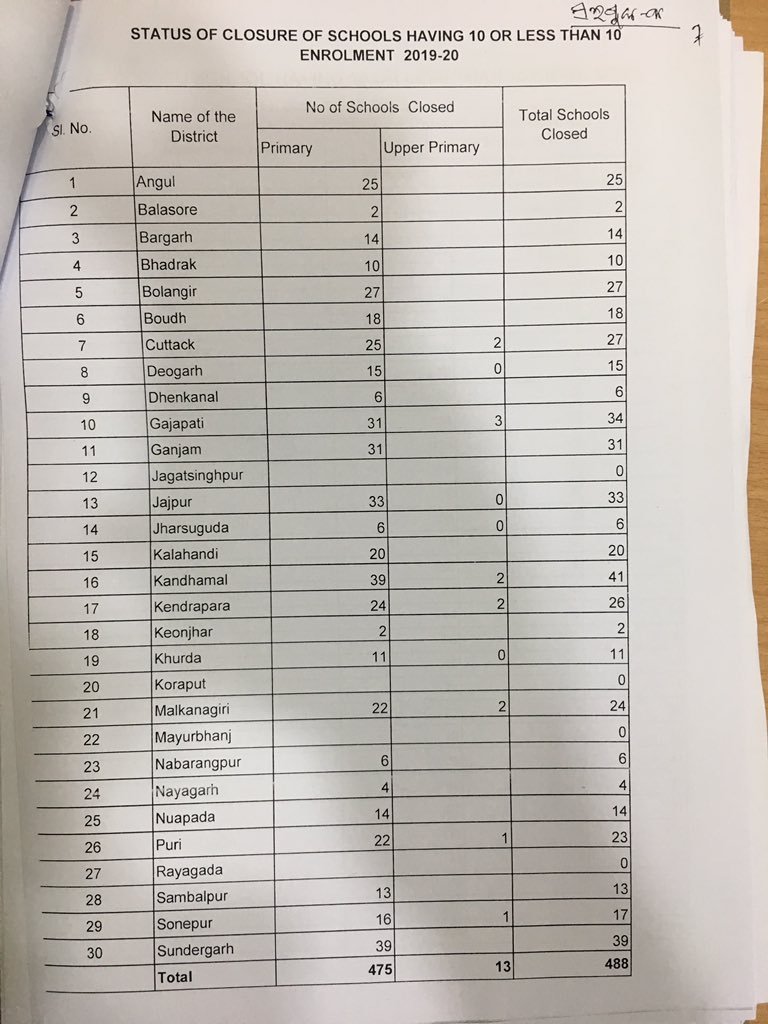 Now Odisha students to pray twice a day in schools