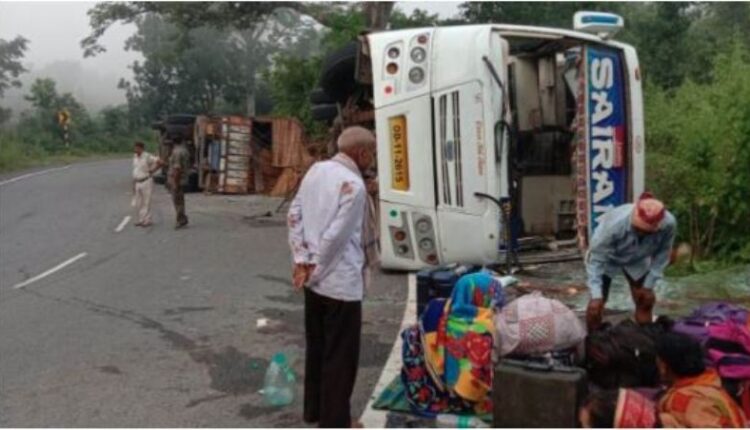 Bhubaneswar: Chief Minister Naveen Patnaik expressed grief over the loss of lives in a road accident involving a bus carrying pilgrims from Odisha in Hazaribagh district of Jharkhand today.

The Chief Minister has announced an ex-gratia of Rs 2 lakh to the next of kin of each of the deceased persons. He also directed the officials to ensure proper treatment to the persons who have sustained injuries in the road mishap.

The Chief Minister has asked Mayurbhanj Collector to make the necessary arrangements for safe return of Odia pilgrims who were in the ill-fated bus. The Collector has been told to coordinate with the officials of Jharkhand for the purpose.

According to sources, the bus met with a mishap while returning from Varanasi in the wee hours of today. At least four persons were killed and 29 others sustained injuries in the mishap. Most of the pilgrims travelling in the bus were from Angul, Dhenkanal and Mayurbhanj districts of Odisha.